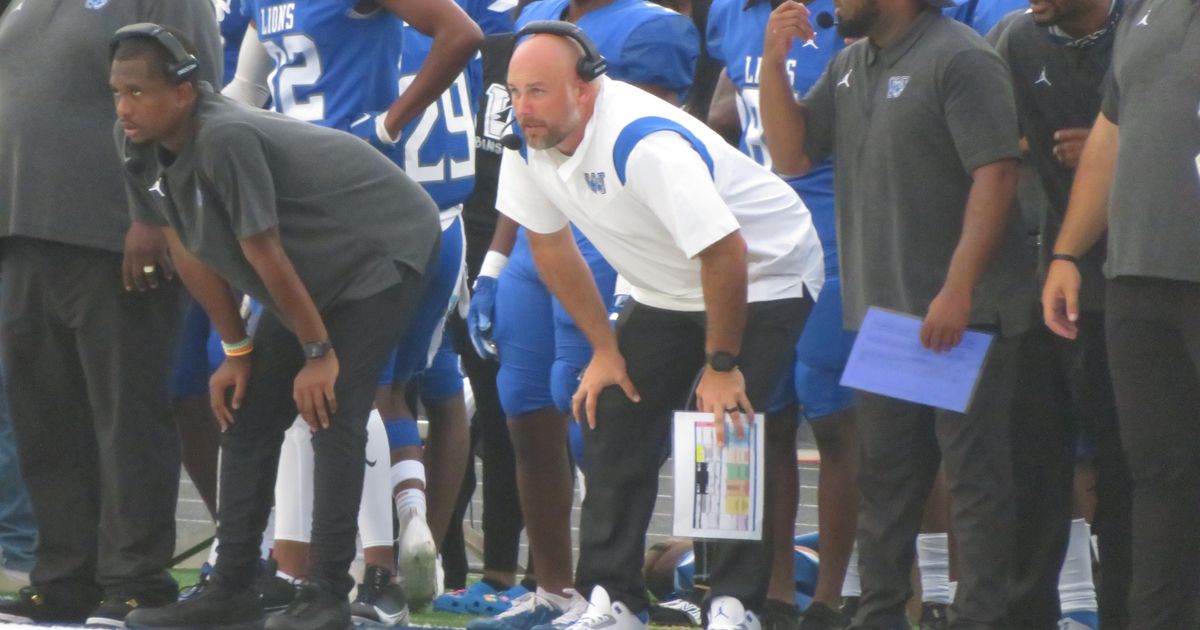 Edward Burr threw 25- and 17-yard touchdown passes to Khalif Walters in a game that was delayed about an hour and a half due to lightning in the area.

Salam, a longtime Hillgrove assistant, is the Cardinals’ sixth head coach in nine years, but the first of those six to claim a victory in his first game. The Cobb County school is 2-46 in the past five years and has won no more than three games in a season since 1994 when it finished 9-2.

“People say a lot of things about Osborne, but they misunderstand this community,” Salam told Roselyn Eberhardt, correspondent for the Marietta Daily Journal. “It’s a good community, a great community, and these kids want to be good, and they want to do the right thing, and it shows.”

The Osborne game wasn’t the only one in Cobb to experience weather-related issues. In fact, most of them have. Most prominent were Hughes at Allatoona, who was stopped with Hughes leading 6-0 in the second quarter and will not be chased, and South Cobb at Pebblebrook, who was suspended in the first quarter and is set to resume at 10:30 a.m. on Saturday.

For the second week in a row, Beaufort of South Carolina beat a team from Region 2-6A. Last week it was Richmond Hill 28-8. This time it was Effingham County 24-3. Valdosta also faced an out-of-state opponent, beating Florida’s Madison County 52-0. Class 6A schools are 1-3 against teams from outside Georgia this season. Georgia as a whole have gone 1-6 in those Week 1 games.

Dacula, sixth, was the only Class 6A top 10 team to lose in Week 2, losing 44-7 to 7A Brookwood. Dacula had gained four places after dominating Tucker 32-7 last week in the Corky Kell Classic.