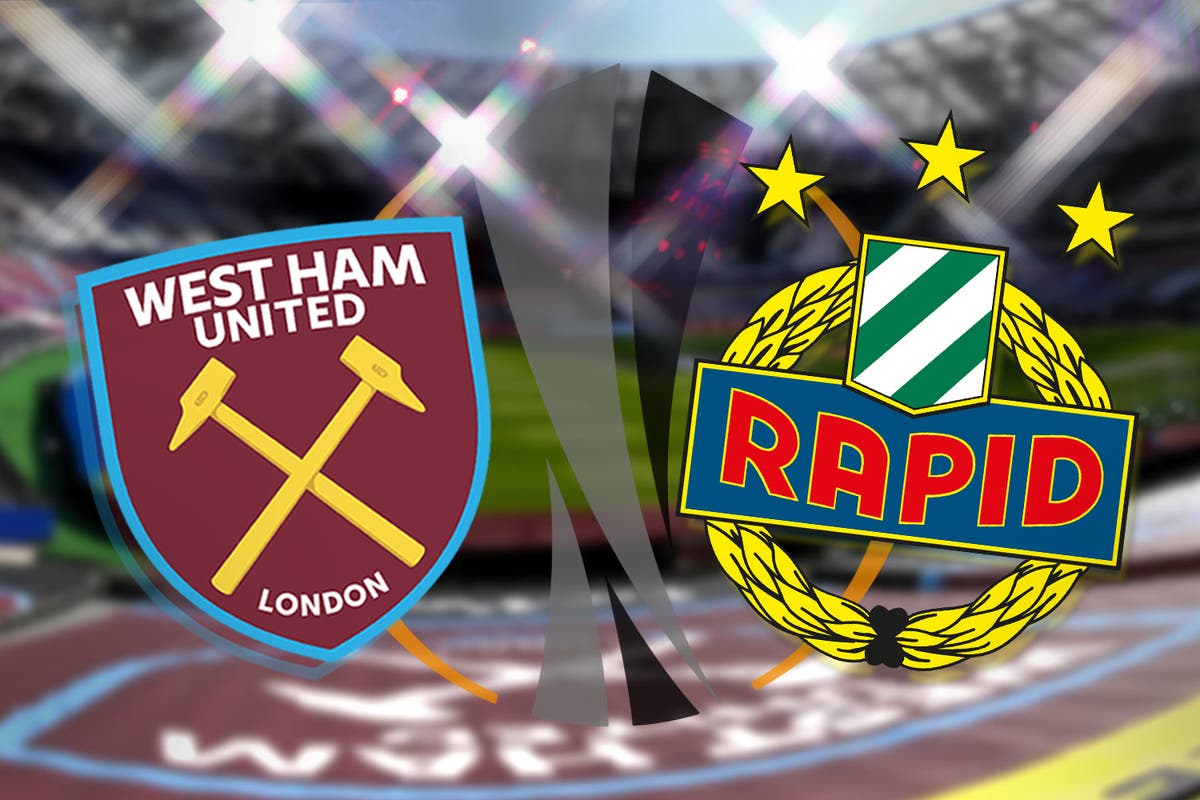 West Ham continued their impressive start to life in the Europa League by beating Rapid Vienna on Thursday night.

Declan Rice scored shortly before the half hour mark for his second goal in as many European games and Said Benrahma netted a stylish second goal in the dying minute of the second half timeout.

These efforts saw David Moyes’ side secure a second consecutive victory in Group H, which is now three points clear at the top ahead of Belgian side Genk’s visit to east London on 21 October.

It is now three consecutive wins in all competitions for West Ham, who beat Manchester United in the Carabao Cup before striking late to defeat Leeds in the Premier League last weekend.

The night was marred only by first-half crowd problems at a crowded London stadium, which was hosting its first match of the Europa League group stage.

Objects were thrown between the two groups of supporters as spirits bubbled before a number of Viennese fans appeared to try to storm the pitch after Rice’s goal in the first half.

It’s two victories out of two and West Ham has a three-point lead at the top of its group with Genk comfortably beaten in Belgium.

Controlled performance but you have the feeling Moyes wanted to see a little more.

West Ham has a knack for killing this game much earlier.

95 minutes: Lovely from Benrahma, who receives possession from Bowen just inside the box, masters and cuts inside Stojkovic before folding the ball into the far corner.

Excellent finish and the Hammers sealed this second consecutive victory in the Europa League.

93 minutes: West Ham is still pushing for that second goal rather than just seeing the last few minutes, with Soucek’s weak effort deflected behind Aiwu’s boot.

92 minutes: Fornals has looked lively since arriving for West Ham and he combines well with Benrahma before seeing a fierce training from the edge of the box parried by Gartler.

The replacement Ljubicic works a good position but then lets fly 35 yards with an effort that has never bothered Areola.

Pretty much sums up their night, in truth.

88 minutes: Another late pressure from Rapid Vienna, who took a clear corner.

84 minutes: I don’t want to hurt West Ham, but it feels like Rapid Vienna wouldn’t score here if we played another 90 minutes.

The last example is a really poor cross that is easily picked up by Areola.

The substitute is sent off by a wonderful pass outside Fornals’ boot, moves him to the goalkeeper’s right but is controlled by Wimmer before blowing high and wide.

It should have been three points sealed for West Ham in what was a second-half chore.