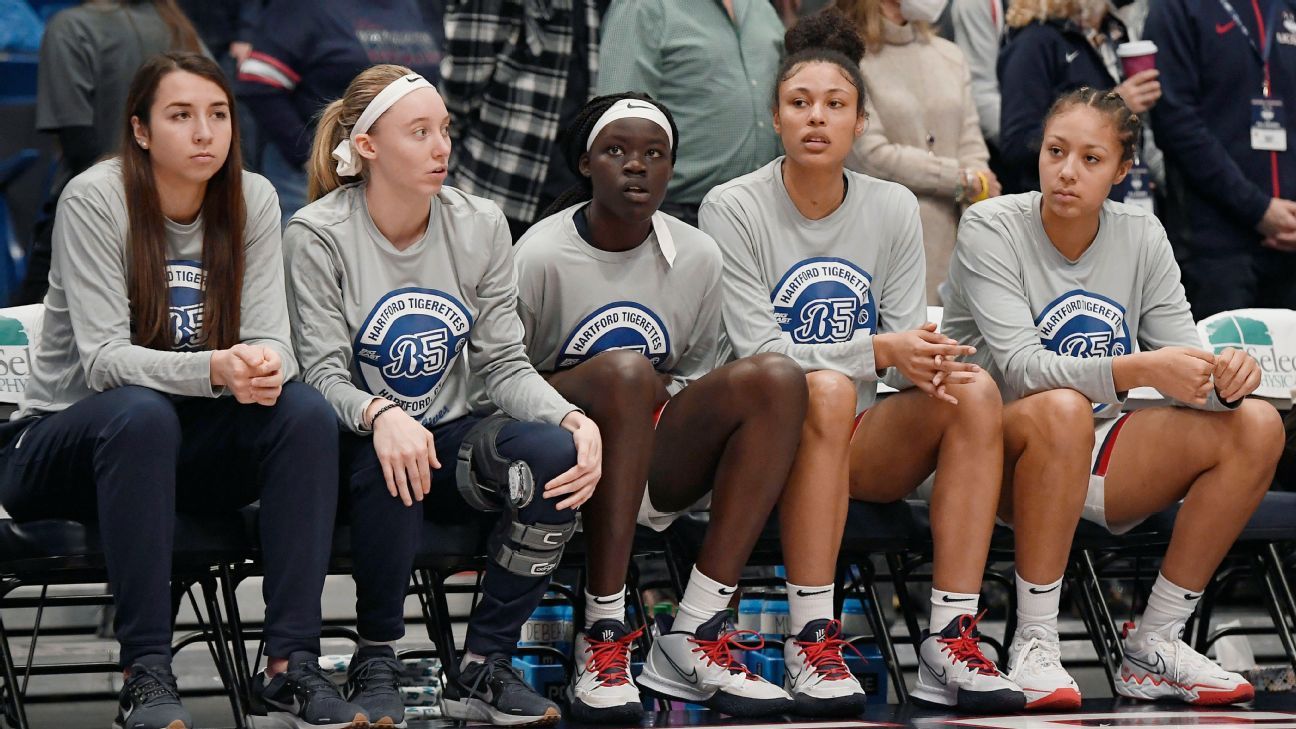 Villanova defeated the UConn women’s basketball team 72-69 Wednesday in Hartford, Connecticut, ending the No. 8 Huskies’ 145-game regular-season winning streak that dated back to March 2013 and was the longest in NCAA women’s basketball history.

UConn’s last regular season loss to a conference opponent came at Notre Dame, which was followed by a loss to the Fighting Irish in the 2013 Big East Tournament Championship Game. However, the Huskies have bounced back to win the national championship that season, the first of four consecutive titles.

UConn then joined the American Athletic Conference in 2013-14 and hasn’t lost to a conference opponent in seven seasons in that league. The Huskies moved to a restructured Big East last season and went 18-0 in the regular season and won the conference tournament, beating Villanova 84-39 in the semifinals.

It was a very different game Wednesday between the Huskies and the Wildcats, who went 16-6 overall and 10-3 in the Big East. Villanova has won eight straight and 13 of its last 14.

“Our defense has been pretty big, for sure,” said Villanova’s Denise Dillon, who took over at her alma mater last season after longtime coach Harry Perretta retired. “We put 72 against UConn. I saw a lot of players contributing.

“We’re just excited. We talked about closing the score gap against UConn. I’m so proud of this group.”

“Games have to be won, they’re not predestined,” UConn coach Geno Auriemma said. “You have to lose at some point or you’re not in a good conference. Losing to a good team like Villanova, they deserved to win.

“I thought today they were a lot more physical than us. They just worked harder. It just wasn’t a good day. Losing is part of basketball, and you have to understand how that is. passed, then move on and prepare for the next one.”

Losing hasn’t been on the Huskies conference slate for very long. But a lot has hit UConn this season, including injuries and health issues.

On Wednesday, the Huskies were without center Olivia Nelson-Ododa, who wasn’t feeling well before the game and said she couldn’t play, and guard Caroline Ducharme, who missed the last two games with a head injury. Star goaltender Paige Bueckers has been out since injuring her knee Dec. 5 in a win over Notre Dame.

But UConn freshman guard Azzi Fudd, who recently returned from a foot injury, followed up his 25 points in a win over Tennessee on Sunday with 29 over Villanova. Fudd and guard Christyn Williams each played all 40 minutes for the Huskies, who used six players in total.

Williams scored 24 points but later said she felt the loss was her fault.

“With the guys being out, we’re not going to use that as an excuse,” Williams said. “As long as we have five, we should be ready to go. As a senior, I have to make sure my team is ready to go. This game is for me. I apologize to my team-mates, and that won’t be able to move forward yet.”

Asked about his opinion of Williams, Auriemma said: “I don’t like the idea of ​​one person being responsible for it. I don’t think that’s ever the case.”

“You have to be able to score inside and outside. You have to have some sort of balance in your attack. You can’t just rely on how many jump shots you’re going to make this game,” said he declared. “It’s mind-boggling that we can’t score more down the hall than we do. Besides, it’s hard to get good shots against a good defensive team at Villanova.”