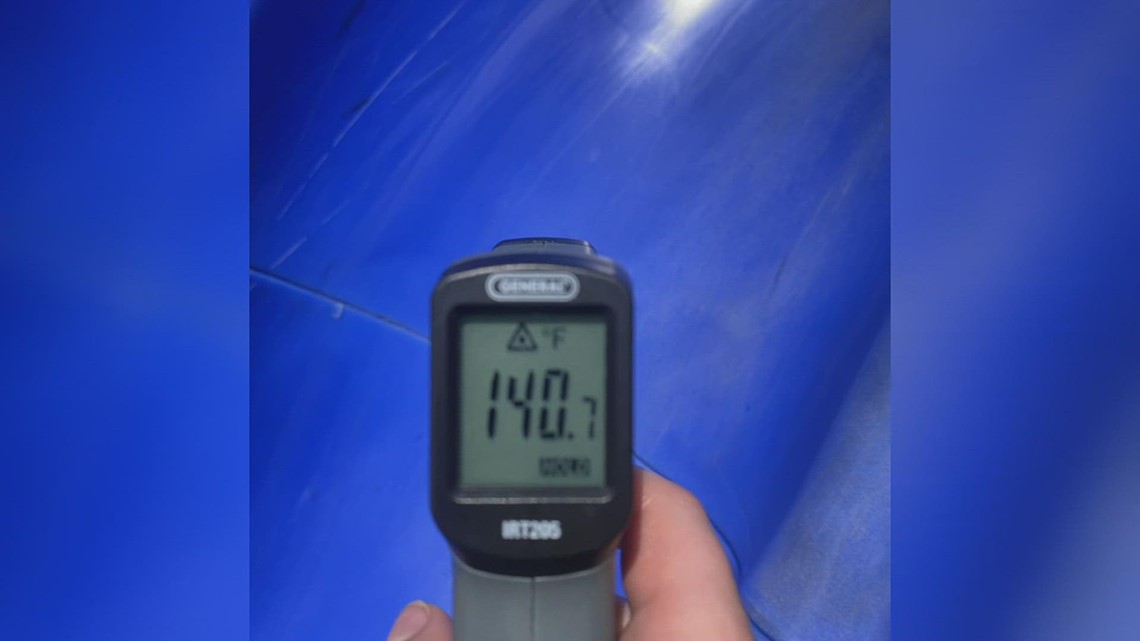 Over the next few days we will be feeling the heat, so now is a good time to think about thermal safety.

BEAUMONT, Texas — It’s summer. The children are out of school and ready to play outside.

It’s the perfect opportunity for a trip to the park, but this June heat doesn’t just apply to the air we breathe.

Over the next few days we will be feeling the heat, so now is a good time to think about thermal safety.

“We love coming to the park,” said grandmother Sandy Davis.

But with temperatures approaching triple digits, safety is a concern.

“For kids? It’s a bit more difficult because if they’re playing outside they won’t want to stop playing most of the time, so they’ll push themselves until they’re exhausted. “said family physician Dr. William Pickard with CHRISTUS Health Systems.

Pickard said you had to get them out of the heat for breaks.

“After they’re out there for a while, I get them in and get some shade for a while and drink something to keep them hydrated and cool for a little while,” Davis said. .

Key number one is hydration.

“Water, Gatorade, cool cups I have, just something to keep them hydrated,” mother Seunesha Pitre said.

Pitre has even started making his own Kool-Aid “kool-kups” to keep his kids hydrated.

How do you know when it’s time to step into the shade?

“They may also feel dizzy. They may not feel very well and may be nauseous, and these are signs that they need to cool down and start drinking more water,” Pickard said.

As for the slide you’re going to want to avoid, it’s this green one and the dark blue one.

We used a thermometer gun around a playground, taking the temperature of different colored equipment.

Probably the coolest piece of equipment you’ll find on a playground is a light pink slide. It’s still 110 degrees.

But the best place to stay will be in the shade and when the sun is not yet at its zenith.

Pickard also recommends drinking 64 ounces or 8 cups of water every day, even when you’re not thirsty.

He said the moment you start to feel thirsty, you are already on the verge of being dehydrated.

The Place 2 Be opens its brunch festivities in Springfield