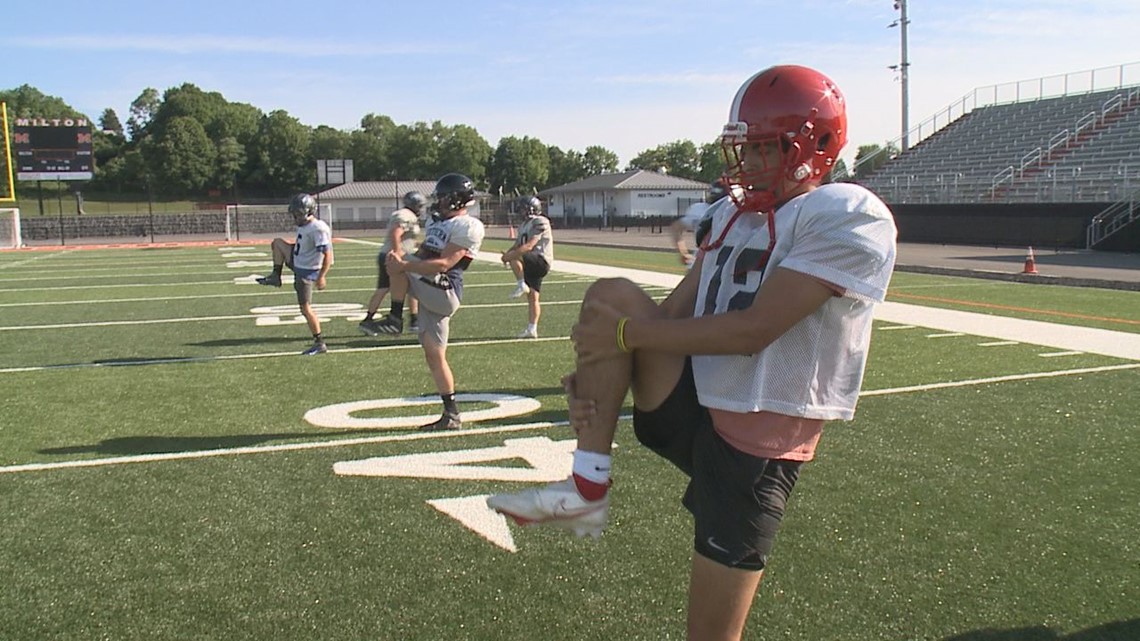 The game will take place on Friday evening, June 24 at the Danville area high school kickoff at 7 p.m.

“You know, I think we can run and throw the ball and if we’re able to run a bit I think we’ll be fine,” Phil said.

Our all-star game is only two weeks away! Here’s a preview of the game‘s program cover, designed by District IV alum Eddie Larcom!

“Memories are probably the best thing. Like Julien said, I have some of the teammates I’ve played with on this team and kids we’ve played against and it’s going to be fun and competitive,” said Peter.

We’ll hear from a few players who plan to play college football and other sports. Then there are those who go to college to continue their education and they will finish their high school football career on Friday night in Danville.

“What are you going to study at Penn State? Engineering. It’s an awesome degree. Talk about what you want to study? And what do you want to do with the rest of your life? and I don’t know how to figure it out as it goes,” Michael said.

“I’m studying pre-med, eventually I want to go to med school and become a surgeon. Hopefully that’s my plan for now, but that could very well change, you never know,” said said Gabe.