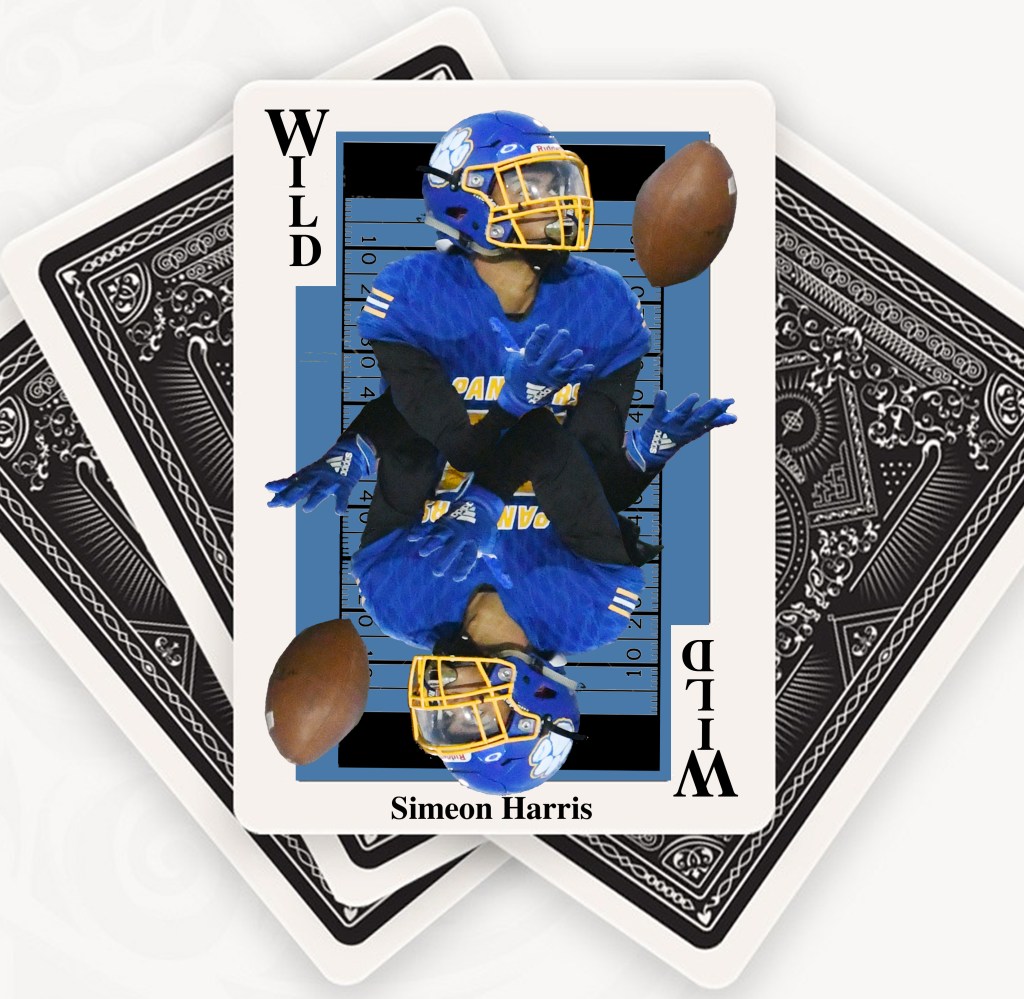 It didn’t take long for soccer star Simeon Harris to settle into his new surroundings at Benicia High School. Meanwhile, opposing quarterbacks aren’t going anywhere in the defensive back.

Opponents consistently had game plans that avoided following Harris’ path like cars on the Bay Bridge around 5 p.m. on Monday. After being transferred from Jesse Bethel during his junior year, Harris fit like a perfect glove in Benicia, helping guide the Panthers to the North Coast Section Division II championship game against Windsor, which he would lose 38-14.

Harris shone in defense but was also selected in the Diablo Athletic League Foothill Division first team. He led the team with 12 total touchdowns and 66 receiving yards per game. He had 602 receiving yards in just nine games. He had 40 tackles and two interceptions and was named to the Bay Area News Group football team.

Harris is also a Times-Herald Male Athlete of the Year nominee.

“Simeon was a playmaker who let everyone know he was a playmaker,” said Benicia head coach Craig Holden. “He arrived ready to work and wanted to play every game of every game. He was a fun kid to coach because he understood football and was special with the ball in his hands.

Although Harris said he’s improved a lot on offense in his senior year, it’s his defense that he’s particularly proud of. Harris, who graduated from Benicia in May, is already at the University of Colorado, ready to play defensive back in the Pac-12 Conference.

Harris says it was often hard in high school to have fun when opposing quarterbacks weren’t throwing to the receivers he was covering.

“First of all, I hate it with a passion. I hate it,” Harris said. “I’m proud to know that I’m shutting down my man, but I still hate it. I want action. But at the same time I have to stay ready and I can’t get bored. I have to stay mentally focused because when does a quarterback throw it? I better be ready because I want to make a big play.”

The Benicia graduate said he often talks trash, albeit jokingly, in an attempt to get quarterbacks and other teams dumped on his side of the field.

Harris transferred from Jesse Bethel at the end of his freshman year after the Vallejo City Unified School District fell behind in COVID-19 protocols for athletes. Rather than play a single game that year, Harris switched schools.

Harris had a separated shoulder in early playoff games but ended up playing in the game against Windsor.

“I think about that game a lot,” Harris said. “I just knew our team was talented and was going to make it to the section championship no matter what because we had so much potential. But I wanted to play this game. I only started training for this week’s game on Tuesday. My parents knew how much I wanted to play the game and after a long discussion they said I could play. I’m just glad I didn’t hurt my shoulder again. It seemed to me that every time I ran with the ball, one of my arms was hanging down. But I did my best to overcome the pain.

He returned to the lineup after being held the previous three weeks and contributed with a team record four catches for 30 yards. He also ran for 55 yards.

Now, Harris will focus on excellence at the college level. He started training with Colorado last month.

“I love that our team here is always moving at a fast pace,” Harris said. “I get to know all the veterans and the coaches and love that they throw me right into the fire. I feel like so far I’m holding on and doing my best to make good plays for the team. The campus is beautiful and I love walking into the stadium right now, seeing all the mountains. I can’t wait for it not to be empty and for there to be more people in it.

World champions ! US Downs Canada for the gold medal