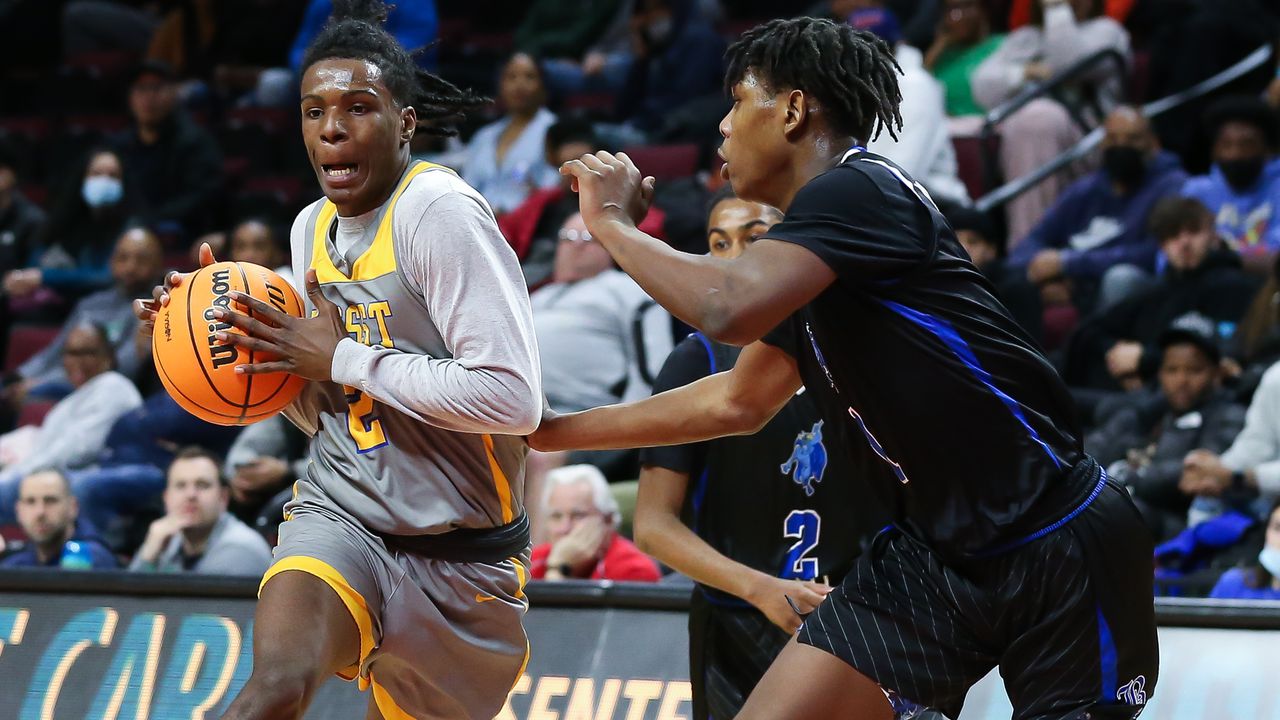 Paterson Charter pressed the accelerator pedal to the floor about the opening tip and held it in that position for the rest of the game.

The Lions (31-1) took a six-point lead in the first quarter and extended it to 12 at the half en route to a 91-67 win over Burlington City for the program’s first championship.

Say hello to the National Finals MVP and other stars of the game.

The 6-1 guard hit for a game-high 30 points and also contributed eight rebounds, six assists and three steals to help the Lions claim their 23rd straight win. Jones scored 10 in the first half as Paterson Charter moved in front to stay, 34-22. Jones had scored 16 points in the Lions’ 52-36 victory over Glen Ridge in the Group 1 semi-final.

STARS OF THE GAME

The 6-3 forward scored 14 points and had seven rebounds and a steal. Hunt scored 12 points to help the Blue Devils reach the final with a 67-55 victory over Gloester.

Johnson, a 6-0 guard, scored a team-high 21 points and added seven rebounds and five assists. He followed up on 15 of his points in the second half. Joned came in averaging 14.3 points per game.

Rosa had 23 points and contributed nine rebounds and four steals in the victory. He, like Asim Jones, scored 10 points in the first half as the Lions built a 34-22 lead. Rosa was just two points away from matching the season high he reached in wins over Wood-Ridge and North Arlington.

The senior guard scored 19 points, had four rebounds and shared the team high with Asim Jones for six assists. Wilson had combined for 10 total points in his first four games of the tournament, including two in the Lions’ 52-36 win over Glen Ridge in the semifinals.

Thank you for counting on us to deliver journalism you can trust. Please consider supporting NJ.com with a subscription.

Kevin Minnick covers South Jersey boys basketball. He can be reached at kminnick@njadvancemedia.com. Follow him on Twitter @kminnicksports

Mike Kinney covers boys basketball in North and Central Jersey. He can be reached at mkinney@njadvancemedia.com. Follow him on Twitter @MikeKinneyHS

Brandon Gould covers boys basketball in North and Central Jersey. He can be reached at bgould@njadvancemedia.com. Follow him on Twitter @BrandonGouldHS

Become Irish again, for a day at least