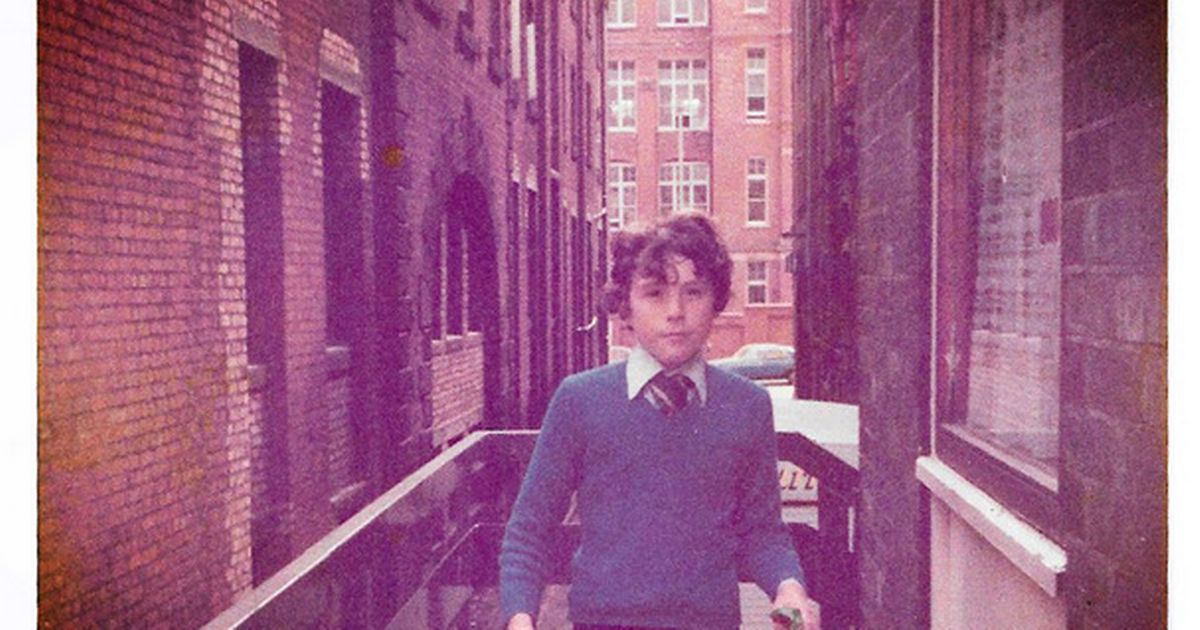 ‘Manchester was my playground’: what it was like to be the ‘only kid’ living in the city center in the 1980s

Hidden in the bowels of Manchester city center, just outside Piccadilly Station and overlooking the Rochdale Canal, is a concrete box on stilts.

It’s a strange building that would date from the 1960s, fitting in with the Brutalist architecture that was popular at the time.

For decades it was barricaded, its story not told.

And when the Aytoun Street campus of the former Manchester Met University was given a redevelopment, it could have been demolished and lost forever.

Luckily, developer Capital & Centric liked its quirky side and decided to keep the building to serve as a community space and to house food and beverage operators.

And so Peter Wright, who lived in the concrete box as a child, points out restaurant, explaining how there is now a bar and stove where he watched television in the late 70s and early 80s.

Where there are now rows of trendy tables and chairs were the bedrooms of her parents, Iris and Stan Wright, sisters Hazel and Janice, and adopted brother Lee.

When Peter, now 54, read about the development of Kampus, his memories of his life in “The Bungalow,” as it was once called, came back to him.

It was a time when Manchester city center was a whole different place.

Most of the old warehouses were still bustling with industrial activity, the streets were full of buses, not Metrolink streetcars, and the Gay Village was not even on the map.

Almost everyone was visiting for business or pleasure – hardly anyone was a resident.

So not only did Peter live in a strange stilt house, but he was a young boy allowed to roam free in an urban playground.

“We would go around Debenhams and jump on the sofas, play video games in the electrical stores, go up and down the escalators,” he told MEN.

“I used to swim in the canal … and I’m still here!

“I remember when they put pike in it, I saw them all the time.”

The concrete box was originally built as a caretaker’s apartment for what was then the Manchester Polytechnic buildings. Peter’s father, Stan, took home with this job.

The family had already moved to different parts of Manchester – Peter was born in Abbey Hey when his parents had a greengrocer on Chapman Street.

He then lived for some time with an aunt in Wythenshawe and briefly in Irlam.

Both his mother and father decided to become babysitters because the job generally offered housing as well as a salary and therefore some stability.

“It was different, it was interesting,” said Pete.

“[The Bungalow] looked modern compared to what we had before.

“It was just excitement [when we moved in].

“As a young teenager, living somewhere like this, it was my playground, others were playing in the parks but that’s what we did, we went to look in the warehouses, we entered by the loading docks just for snooping around.

“My friends from Gorton were hanging out and they were fascinated.

“Other people thought it was different, it always seemed normal to me.”

Peter, a graphic designer, now lives with his family in Salford but fondly remembers when he was nicknamed “Bungalow Boy” because of his unusual home.

“Every day we played football we used one of the stilts as a goal,” he said.

“My adopted brother Lee was a goaltender.

“My hero was Dennis Tuart, he played for City and he scored a kick over the head. In the League Cup final my whole family was City fan.

“Sometimes in the summer we would go up on the roof to sunbathe, we would just walk up and down.”

After moving when he left school in 1983, Peter returned to live with his mother and father in his early 20s.

He had a job at Wimpy’s branch on Market Street (where he met his future wife) and having a place to sleep in the middle of the city was a big plus for a young man new to Manchester’s nightlife.

“My mother and father were very welcoming, we came to get a piece of bacon at 2 am!” said Pierre.

The bungalow’s flat roof was also helpful if Peter and his friends forgot a key and found themselves locked in.

“I climbed onto the roof and slipped out the kitchen window!” Said Pierre.

“It would save me from going looking for my father.

The plan once backfired, when Peter didn’t tell his parents he’d snuck out to find Lisa Stansfield, despite having a crush, whom he heard playing in Manchester. .

When he returned at 1 a.m. and started climbing up to the roof, he was spotted and someone called the police.

Peter found himself face red, having to explain to officers that he was trying to get back to bed undetected.

Having access to famous names passing through Manchester quickly became one of Peter’s favorite pastimes.

“I remember UB40 stopping their trainer outside Britannia [hotel], they were having a drink and smoking a cigarette, my sister loved them at the time, “says Peter.

“I think that’s where I started collecting autographs.

“[The bungalow] became the place to be, I always knew if they were staying at the Midland or at the Britannia or if they were balancing at the Apollo. “

“I met Bono on the steps outside the Britannia, and [comedian] Tommy Cooper.

“I’m looking at it now and I feel like it’s a different world.”

Perhaps looking back through the rose-tinted glasses, Peter now realizes that he was witnessing a period when Manchester was in trouble.

Unemployment soared in the 1980s as the last vestiges of heavy industry closed in the city.

“The buildings were starting to be abandoned, it was just turning into a run down area,” he said.

“I saw a lot of homeless people before my friends in the suburbs – it was starting to happen.

“[Manchester city centre] was slowly starting to rot … the workers we would see the most were the prostitutes.

“I would chat with some of them.

“I would see people run away [from the canal] pull up their pants!

The new Kampus development now overlooks the Gay Village, the area around Canal Street that took shape as attitudes toward homosexuality changed rapidly.

A community carved out as a place where sexual preferences did not need to be hidden.

The success of the Gay Village, attracting people from across the country and beyond to Manchester, has been an important chapter in the transformation of the city.

One-bed apartments in Kampus now start at £ 1,125 per month.

“My kids grew up not knowing Manchester without cranes, obviously there was nothing like it when I was here,” said Peter.

“I look back on that time with a lot of fondness, no one else would have this kind of experience.

“I think it made me more curious.

“It’s part of my story, part of my family story, I’m so glad they kept the building.”