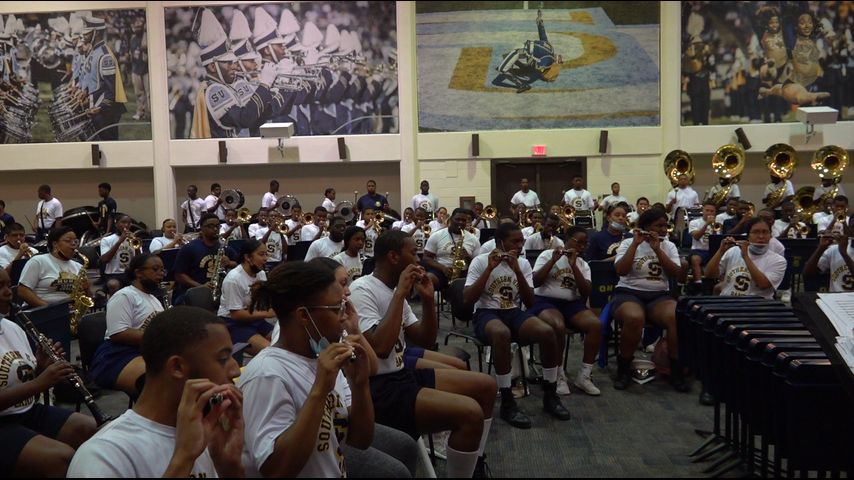 BATON ROUGE — While all eyes will be on the LSU and Southern University football teams on Saturday night, many fans are equally thrilled to see marching bands from both schools share the spotlight at Tiger Stadium for the first time. .

“Between LSU, between the Southern University Jaguars, it’s so exciting. It’s going to be a great time in Death Valley,” LSU group manager Kelvin Jones said.

“Here at Southern University, we pride ourselves on being better than our last performance. So for us, we want to make sure that every performance is a Super Bowl performance or a state championship,” said Taylor, manager. from the band Human Jukebox.

The groups’ rare reunion has got fans speculating if a collaboration is in the cards. The last time they met, in 2004, the two bands performed side-by-side on the steps of the State Capitol to celebrate LSU and Southern’s championship seasons.

However, the two group directors remain tight-lipped about their plans for Saturday.

“I’ve spoken to Dr Jones so we’ll find out by the time the game starts I guess,” Taylor teased.

Although he didn’t reveal much, Taylor did answer a major question about Saturday: Will Southern’s band play “Neck”?

Once a staple song for LSU’s Golden Band, the university occasionally banned it at football games for about a decade. That’s because the fans—primarily the student section of LSU—became accustomed to shouting a lewd, profane chant every time he played.

It got so out of control that LSU was fined in 2018 when fans shouted the same chant, albeit to the tune of a completely different song, so loudly it was picked up on TV.

For the past few years, fans have been begging The Golden Band to bring him back. And while LSU doesn’t seem to have any plans to perform the song anytime soon, the Human Jukebox has other plans in mind.

“I’ll let the band play the sleeves on the neck!” laughed Taylor.