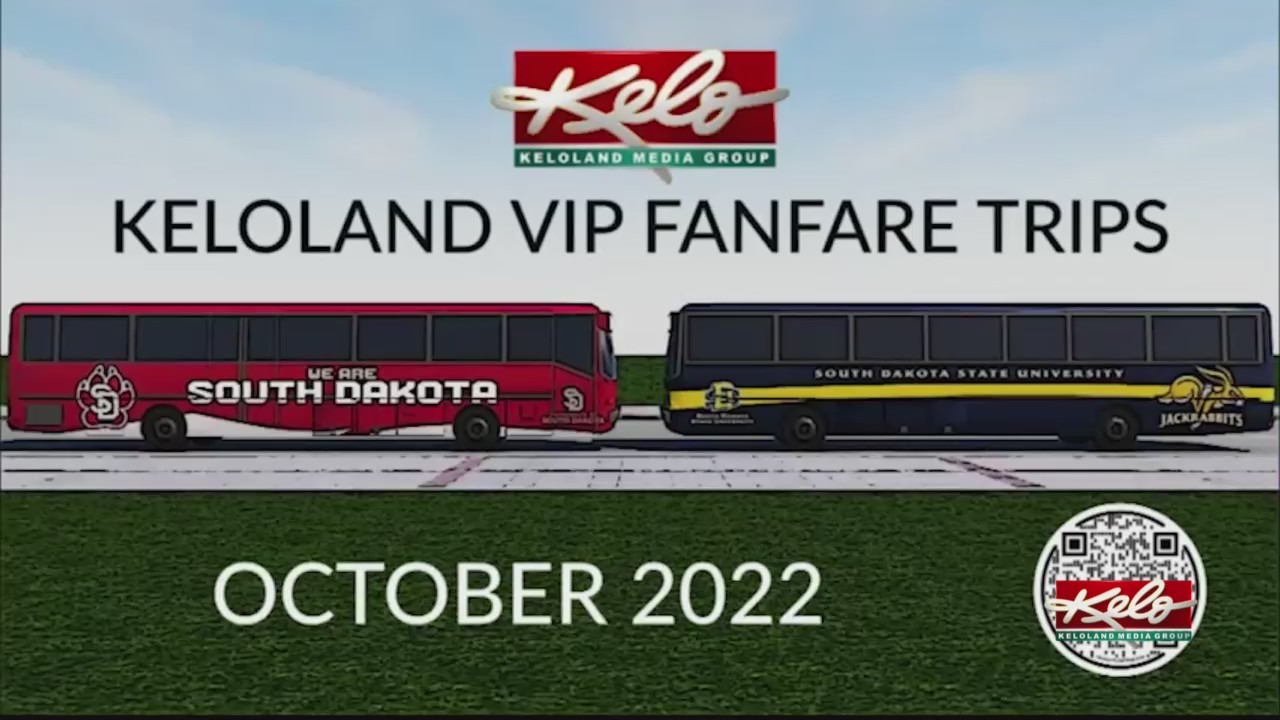 SIOUX FALLS, SD (KELO) – Are you ready for some football?

This fall, KELOLAND Media Group will be chartering a bus to three exciting Division 1 college football games in South Dakota and you’re invited.

“The trip will start in Rapid City the first night, they will stay in Sioux Falls, the next morning we will get up, go to the game and take advantage of all the opportunities and activities that are in Brookings or Vermillion, then return to Sioux Falls and have another great night in Sioux Falls, then Sunday morning we head back to Rapid City,” said Mari Ossenfort, CEO of KELOLAND Media.

The first bus trip organized by KELO will be when SDSU takes on USD at Brookings.

Game two will be at SDSU for Hobo Days and game three will be at Vermillion for D-Days.

KELOLAND Media Group Managing Director Mari Ossenfort says it will be an exciting experience that spans three days that include everything but your meals and drinks.

“Alcohol is allowed on the bus, but we ask that it be suitable for families; drink responsibly,” Ossenfort said.

Ossenfort says KELO wanted to organize these bus rides to get involved, and that fans don’t necessarily want to have to worry about driving, parking, and finding tickets.

“We are a football state, we have a lot of great football opportunities here in our state and we want to help support them,” Ossenfort said.

Seating is limited to 42 fans for each bus trip. If you are interested in prices and making a reservation, click here.