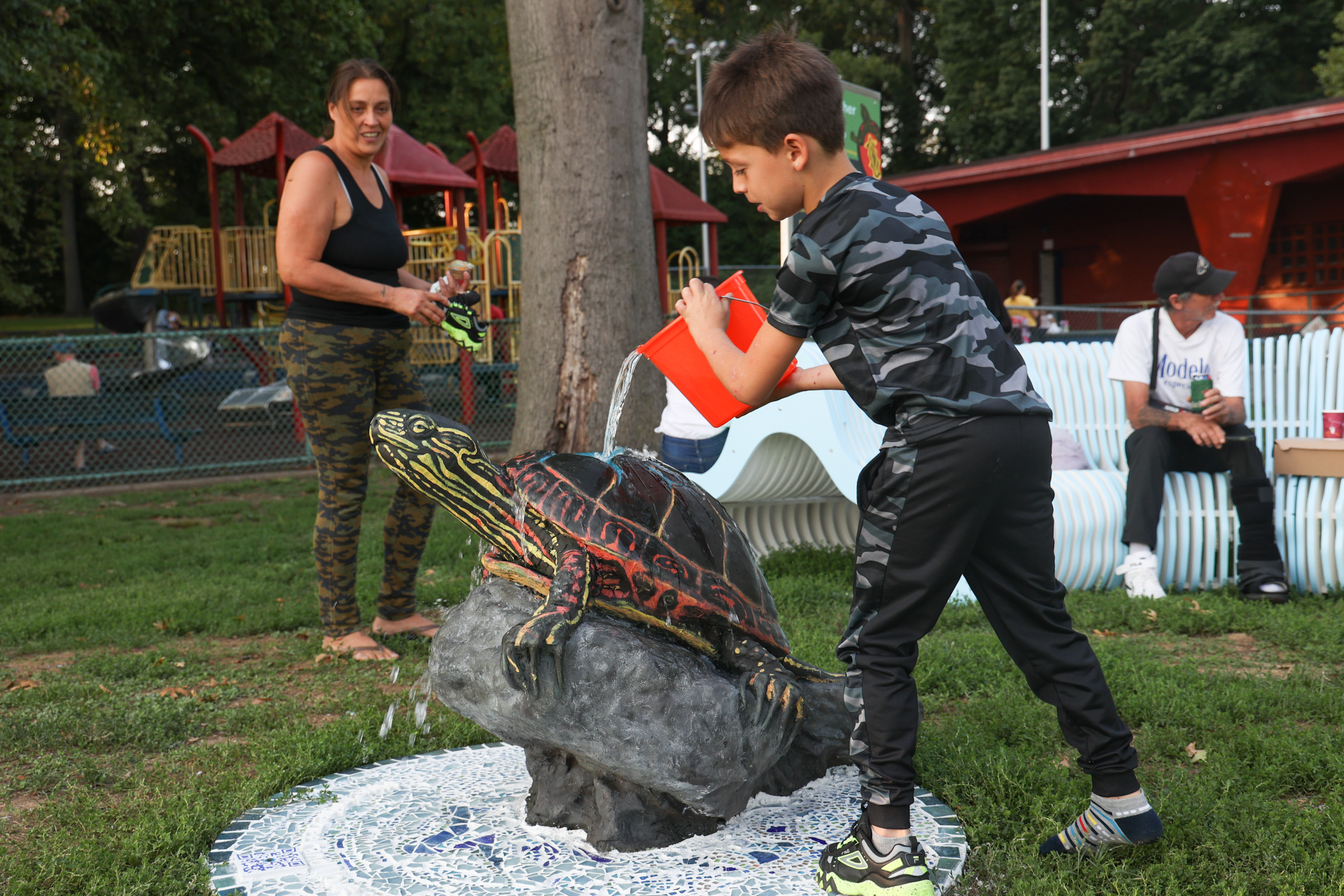 The new exhibit at Tacony Creek Park, which was funded by the William Penn Foundation, captures the fluidity and structure of nature.

The light blue benches have a unique wavy design that evokes water. Each is accompanied by an animal sculpture: a turtle, a water snake, a river otter, a red-breasted sunfish, a fox and a great blue heron.

Deeper in the park is a bench with the Great Blue Heron, surrounded by a stunning mosaic base with varying shades of blue, green and orange. There are also iridescent tiles, with a verse in white letters that represents each animal.

At the base of each animal sculpture is a QR code that redirects users to a catchy song produced by the local band city ​​love. The six benches are signposted in Spanish and English and include a poem dedicated to each animal.

Each sculpture also features a water element as part of its design.

Young children are encouraged to interact with the animal sculptures by pouring water over them and watching the water flow through their bases.

“I hope it’s engaging and inspiring for young kids,” Horn said. Learning about the animals in the watershed could serve as a bridge, he said, for young children to become “a little more curious” about how each living thing in the watershed interacts.

In the near future, a scavenger hunt will be posted on signage to motivate families to learn more about nature on the trail.

Additional resources such as reading and science programs will be offered along the trail in the fall and spring, including Free Science Saturdays!which will start on September 17 and will continue until the end of October.

For Slavet, the project creates “a space where parents, siblings and grandparents can spend time with their children”, while learning.

Community members are eager to see the impact the project will have on the neighborhood and how people interact with nature.

Javier Antonio Cruz and his family live nearby and helped decorate the mosaic base.

“I’m excited to see what the future holds for us,” Cruz said.

This story was reported in conjunction with WHYY’s Education Department and its Pathway to Media Careers program.