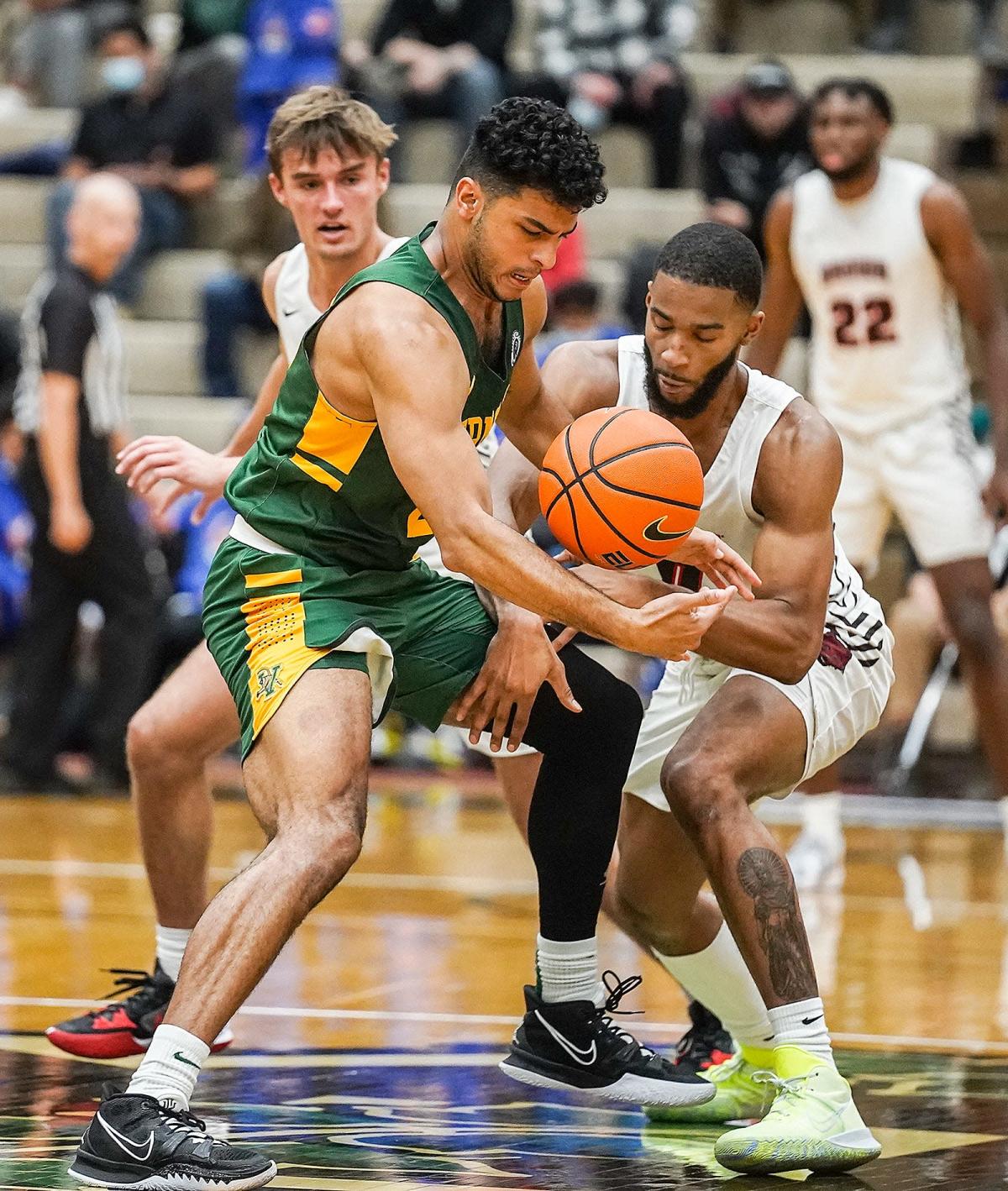 PROVIDENCE — Friday was the type of game that could have given Brown a significant boost before the exams break.

The Bears fought back against Vermont and had the chance to steal one from the Pizzitola Center. The Catamounts finally held on to end a four-game winning streak for the hosts.

Twelve long college days will pass before Brown takes the floor again, and he will do so following a 70-65 loss to the preseason favorite East. Vermont scored the last six points in the final 30.8 seconds to erase their only deficit of the night.

Following: 3 reasons Tuesday’s win over Vermont was good for PC

“We should win the game,” said Brown coach Mike Martin. “We expect to be able to compete and win an Ivy League championship – we should win this game on our home turf. And we didn’t, so it’s disappointing. This is what I remember.

“These guys, I think, would say the same thing. I don’t disrespect them, but it’s a game we have to win.

The Bears took their only advantage of the night when Tamenang Choh had two free throws with 51.4 seconds left. That slim 66-65 advantage lasted until Ben Shungu connects to both ends of a 1 and 1 just 20.6 seconds later. Choh missed an inside layup and Brown committed a turnaround on the left sideline in his last two possessions, a pair of lost chances to advance or force overtime.

The Bears won’t play here again until they host Yale on January 17, their fifth Ivy League game on the schedule. Here’s how they ended up dropping the last non-conference home meeting of 2021-2022.

The Catamounts never pulled away but always seemed to keep their noses ahead until the last minute. Isaiah Powell tied Shungu with two free throws, and the Catamounts held a 68-65 advantage with 15.1 seconds left.

Vermont could have chosen to foul and put Brown on the line in a three-point game, but the visitors opted for a defensive save instead. The Bears attempted several actions before miscommunication nearly resulted in a collision between Kino Lilly Jr. and Kimo Ferrari. Lilly fumbled for a loose ball out of bounds and the Catamounts had possession with 2.5 seconds left.

“It says a lot about (Lilly’s) teammates and their belief and confidence in him,” said Martin. “We will continue to improve our execution at the end of the games.”

Shungu suffered a foul on the incoming pass that followed and made two more free throws with 1.1 seconds remaining. Brown has suddenly lost two possessions and no longer has time to draw.

Bears saw a rise in the second half

The Bears (8-5) found their offensive touch in the second half.

Brown shot 64 percent from the field in the last 20 minutes, including 6 for 11 on 3 points. Paxson Wojcik’s dive through the lane for a conventional three-point game with 1:52 remaining concluded the final bucket for the Bears.

“I was very happy with where we received the late ball,” said Martin. “In the first half there will be a lot of games that we will look at. If we had done a little better earlier, we probably would have been in a better position.

The Bears posted a 25-3 lead off the bench thanks to two of their young guards.

Lilly finished with 13 points and six assists in 30 minutes. He closed 6 for 11 from the field and was able to find the rim when his 3-point shot got a little finicky. Lilly’s 5-on-6 effort from inside the arc saw him double in numbers for the fourth time in his last five games and the ninth time this season.

“Playing against physical guards was a challenge for me,” said Lilly. “I only have 160 (pounds). Coach TJ (Sorrentine, Brown’s associate head coach) told me to use my speed and go down because they were pressuring me.

Ferrari managed all four of their 3-point attempts to finish with 12 points. Brown only went 3 for 17, if not beyond the arc.

Another homecoming for Mazzulla

It was the second game of the week in the state for Justin Mazzulla, a native of Johnston, and the veteran guard delivered for the Catamounts (7-4).

Former Bishop Hendricken star Mazzulla had 11 points, four rebounds and three steals in 33 minutes. His 3-point with 4:46 remaining was answered to a triple at the other end by Ferrari, restoring Vermont’s lead to 58-53.

Mazzulla had a crowd of family and friends in the crowd, including former Hawks coach Jamal Gomes and assistant Brett Kearns. The fifth-year senior made his third straight start and improved his average by 6.2 points per game. Mazzulla finished with seven rebounds and three assists in a 68-58 loss to Providence on Tuesday.