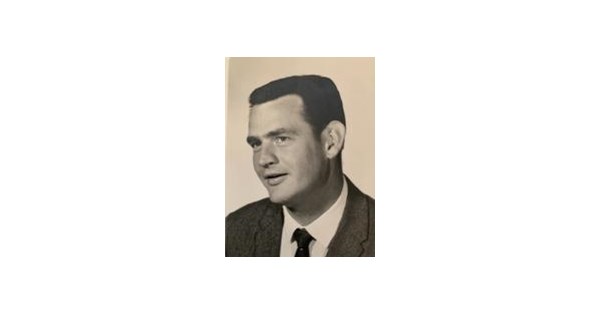 By Kevin J. Hayes Last updated Feb 9, 2022
Share
Gerald “Jerry” Knapp
April 23, 1931 – January 11, 2022
Resident of Vallejo, California
Jerry Knapp has “left the building”. A man who left lasting impressions, a generous man who knew who he was, always honest, courageous, reliable and truthful. His booming voice will be missed, especially when he shouts at the TV.
Jerry was born in Lewiston, Idaho, the 8th and last child of his parents, Charles E. “Bud” and Beulah Inghram Knapp. When Jerry was 5 years old, the family moved to El Cerrito, California. They traveled in a dump truck and the kids rode on it. Jerry liked to say that his mother had inadvertently thrown the children on the road, which did not hurt them. The family home stood on land that is now occupied by El Cerrito Plaza, and a dog racing track was nearby. His playground was Albany Hill. He attended local schools, Harding Elementary and El Cerrito Junior/Senior High, graduating in 1948.
In his teens, Jerry always looked for a job. He worked as a shoe shiner, municipal worker, postman, and lied about his age to ship in the Merchant Navy as a greaser in the engine department of the USS Baylor Victory. After graduating, he went to Idaho and worked at a sawmill. He joined the Air Force in 1949, received basic training at Lackland AFB, technical training at Francis E. Warren AFB, and served in Adak, AK, where he lived in a Quonset hut left over from World War II. world. He was honorably discharged in 1953. After that he married Maxine Edge and had one son, Rodney Miller. He and Maxine later had a daughter, Donna Lynn Knapp. Jerry went to work at Standard Oil and, as it would bring extra income, decided to go to college with the GI Bill. He was the only one of his brothers to graduate from high school and the only family member to graduate from college, which he did in 1960, from San Francisco State University.
Jerry began teaching history and driver education at Vallejo Senior High in 1960, often adding private driving lessons after hours, which has been the source of many hilarious anecdotes. He told stories of campus turmoil during the turbulent 1960s, when he and another teacher patrolled campus together as a “pepper and salt” team. He was able to come into contact with students from different backgrounds. Throughout his teaching career, he was active in the Teachers’ Association, of which he was once president. Always interested in politics, he became an informal expert on the Kennedy assassination theories that abounded at the time.
In 1974, Jerry married Laurel (Carlson) Reid, the love of his life, and gained another family: his four children and five siblings and their families. To quote Jenny Peters Henderson, a niece, “I will always remember him after all of us cousins ​​with his camcorder, cheering us on and making us laugh. And who can forget those epic marble games? He was a real, brilliant liberal with a big heart, and I appreciated his political views and his lessons.” Jerry enjoyed the role of Grandpa Grouch, a title he acquired during his dramatic readings of “Oscar the Grouch” to younger children.
After retiring in 1987, Jerry and Laurel moved to Grass Valley, California, where they enjoyed Gold Country life. Jerry served on the Nevada County grand jury and submitted a minority report calling for a change to give female inmates the same rights and freedoms as male inmates. He met Chuck Yeager at the hardware store. He enjoyed his hobbies of altering old furniture, following politics, working in the yard, and meddling in the stock market. He checked stock market reports daily early in the morning to get his “poker hand” for the day. In 2009 they returned to Vallejo.
When he retired in 1987 at the age of 56, Jerry proclaimed “ALL I WANT ARE 5 GOOD YEARS!” It turned out he turned 35, almost all good. He died at home, as he wished, and is remembered by many: Laurel, his wife of 47 years, his sons Rod (Cheryl) Miller and Larry (Sheri) Cunan, his daughters Donna Weber , Carole (Robert) Taunton, Sharon Reid (Stacy) Shonk; friends Bill (Ardell) Dougherty, Tom (Carol) Mathis, 8 grandchildren, 10 great-grandchildren, 3 brothers-in-law and 1 sister-in-law and their partners, as well as several nieces, nephews, great-nieces, great – nephews and friends. He was predeceased by all his siblings, his ex-wife Maxine Knapp, his daughter Suzanne Reid, his granddaughter Kristi Cunan Liedloff, his nephew Richard Knapp and his niece Norma Perrin. As Jerry said, “we had a great trip, didn’t we?” He would like everyone to “vote early, vote often and vote democrat”. Jerry wanted to celebrate his life with a party, and it will be later this year.
Arranged by Neptune Society.