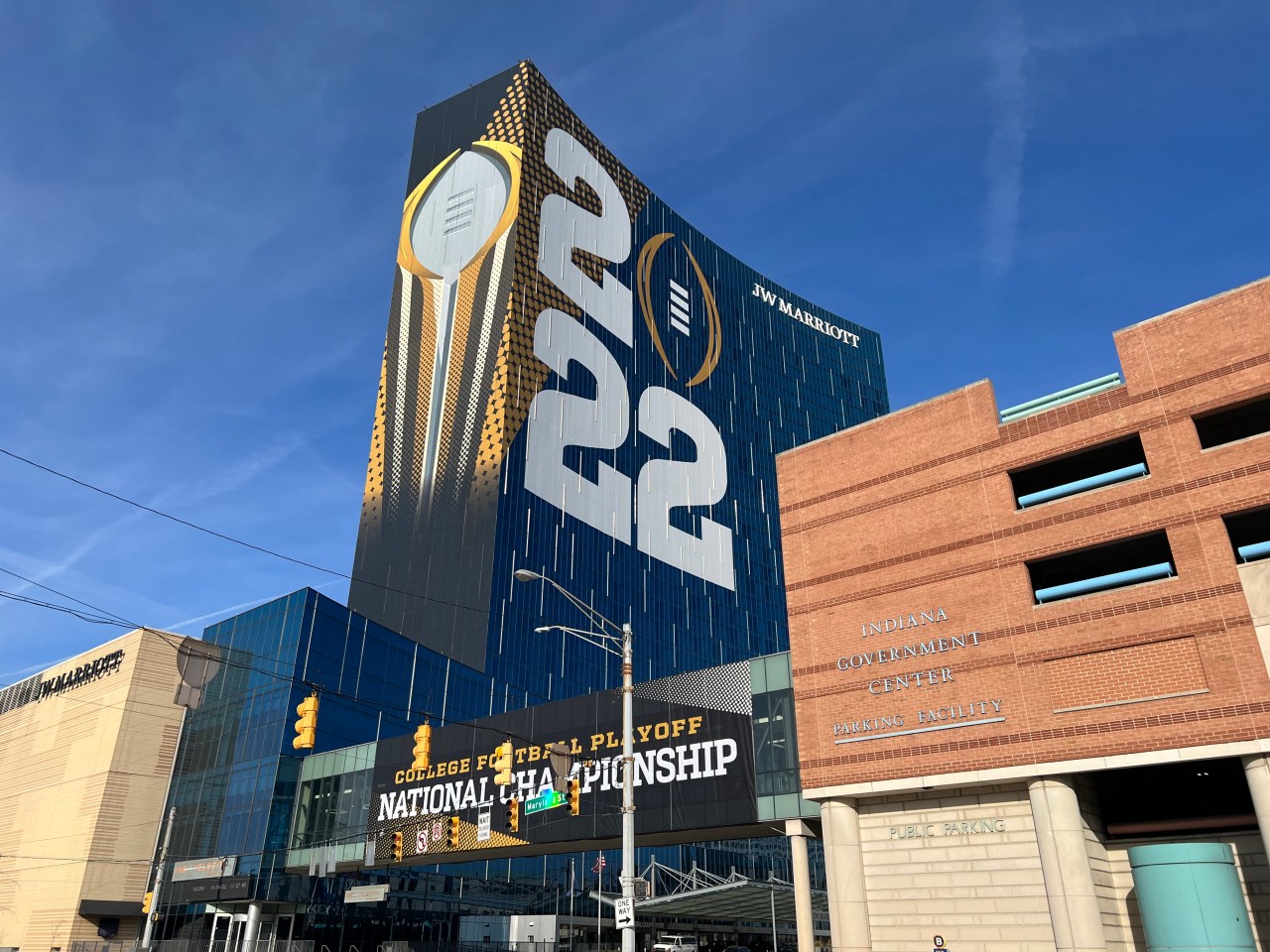 The National College Football Playoff Championship between Alabama and Georgia drew thousands of fans to Indianapolis. Despite the match only taking place at 8 p.m. on Monday evening, fans have flocked to the events leading up to the match since the weekend.

“This is my first time competing at a national championship, which is to say I’m very excited,” said Kamylle Parker, from Birmingham, Alabama.

One of the first things fans noticed when they arrived in Indianapolis was the weather.

Frigid temperatures have greeted out-of-town guests since the weekend, starting with freezing rain and affecting some of the scheduled events.

“It’s so cold in here! Alabama resident Sharon Ward said. “It’s the only experience I can tell you about now, but it’s exciting to be in downtown Indianapolis to go to Lucas Oil Stadium and watch the tide bring in a victory!”

“It’s cold! It’s cold!” said Aubrey Slaughter of Georgia. “We didn’t prepare for this weather, we weren’t expecting it, but we knew we were going, so we packed our bags for extra warmth! “

Despite the freezing cold, Slaughter, who made the road trip to Indianapolis with her father and sister, said the navigation throughout the city went smoothly.

“We had an easy time getting to town this morning,” she said. “For the most part, I really didn’t have a lot of lines or anything.”

Rita Patterson, who made the Sunday night trip from Alabama, says it was an easy ride into town.

“No problem. No ice on the roads. The streets were great and we are looking forward to an impressive victory! Roll Tide,” she exclaimed.

Large crowds arriving in Indiana for BFC playoff events arrive as the state battles another rise in COVID-19 cases. No COVID restrictions were implemented for the championship game or the events leading up to it, but organizers are encouraging masks, testing and vaccinations.

Slaughter, who also works in health care with her sister, says she feels comfortable being among the crowds for the festivities.

“Everyone seems to be doing a good job and playing their part,” Slaughter said. “We feel very safe, we are both healthcare workers. So we kind of know what it is and where we’re from. So we feel comfortable and have enjoyed the experience so far.

Parker, along with his group of friends, say they also feel safe and plan to go into hiding during the festivities.

“I feel protected,” Parker said. “Normally I’m really on my nerves about everything, but I think everyone seems to be doing their due diligence, especially us, and as long as we have our masks on we’re good.”