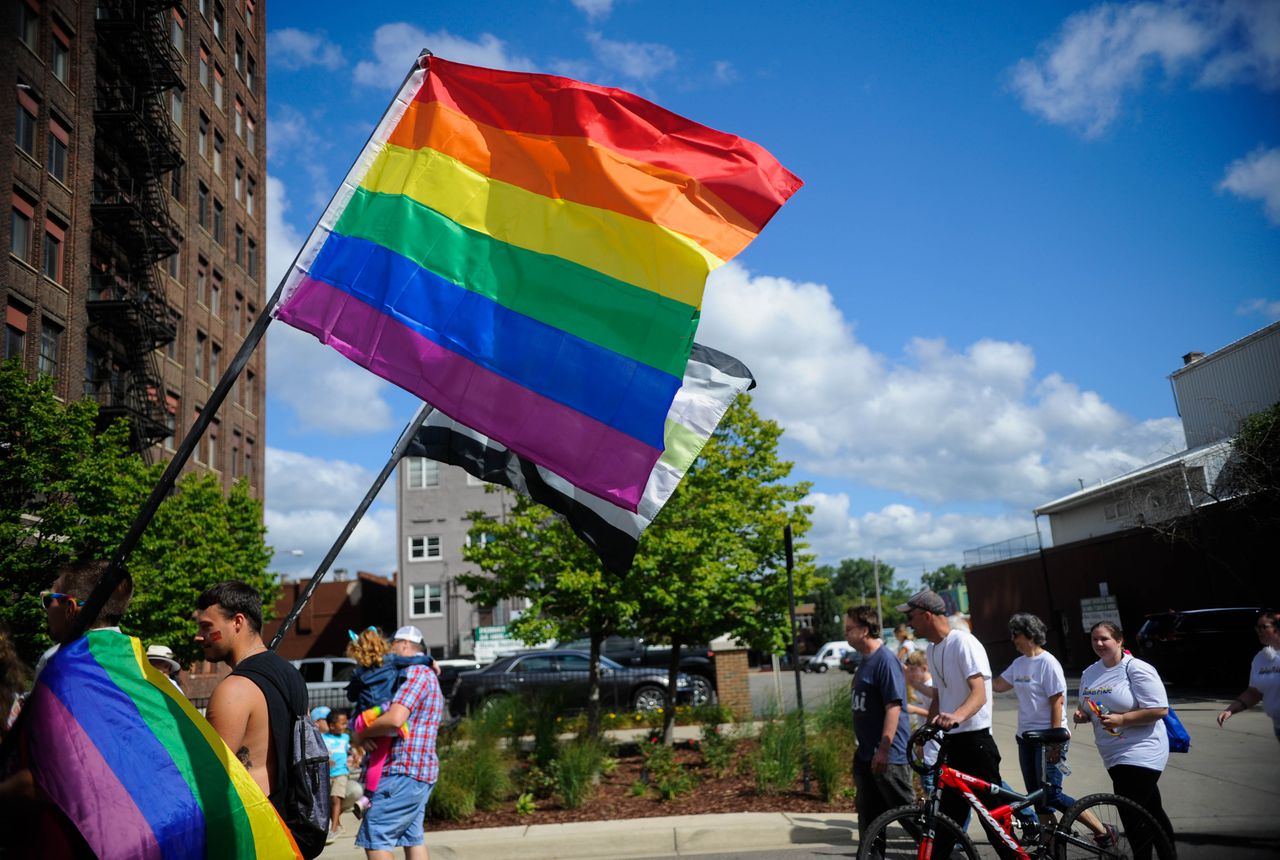 JACKSON, MI – Pride flags and people will once again line the streets of downtown Jackson this year for the annual Pride Festival.

The one-day event is scheduled from 3-8 p.m. on Saturday, August 20 at Horace Blackman Park in downtown Jackson. The first festival was hosted by the Jackson Pride Center in 2018, and it’s the first time the event has been held in person since 2019 due to the COVID-19 pandemic.

“We know it’s important to be visible and to be seen as good, normal people like everyone else,” said board chairman and spokesperson Russ Desy. “We are happy to be able to offer this in person again.”

Plans are still underway, but the free festivities will begin with a walk at 3 p.m., starting at Consumers Energy Plaza. Attendees will parade down W. Michigan Avenue toward Horace Blackman Park, where the rest of the day’s events will take place, Desy said.

Rather than a parade, the Jackson Pride Center is calling this year’s event a march to return to the original roots of the LGBTQ community, he said.

“The original Stonewall riots were marches and we try to bring back the energy of that,” Desy said. “After all the advances over the years, it seems like we’ve taken a step back in the last year – we think it’s important to honor this tradition of marching for our rights.”

The Jackson Pride Center is also working in partnership with the Jackson Downtown Development Authority to eventually provide free wristbands to attendees for discounts at participating downtown businesses, Pinney said.

Alongside the festival in August, the Jackson Pride Center is hosting a Pride Picnic from 11 a.m. to 3 p.m. on Sunday, June 12 at Horace Blackman Park.

The family gathering is a chance for families to come together, network and celebrate pride, Pinney said. Food, games and other activities are on the program. The cost is $3 per meal, she says.

“It’s a place to celebrate. It’s a time to be together, in the sun and picnicking with other people like you,” Pinney said.

More from the Jackson Citizen Patriot: