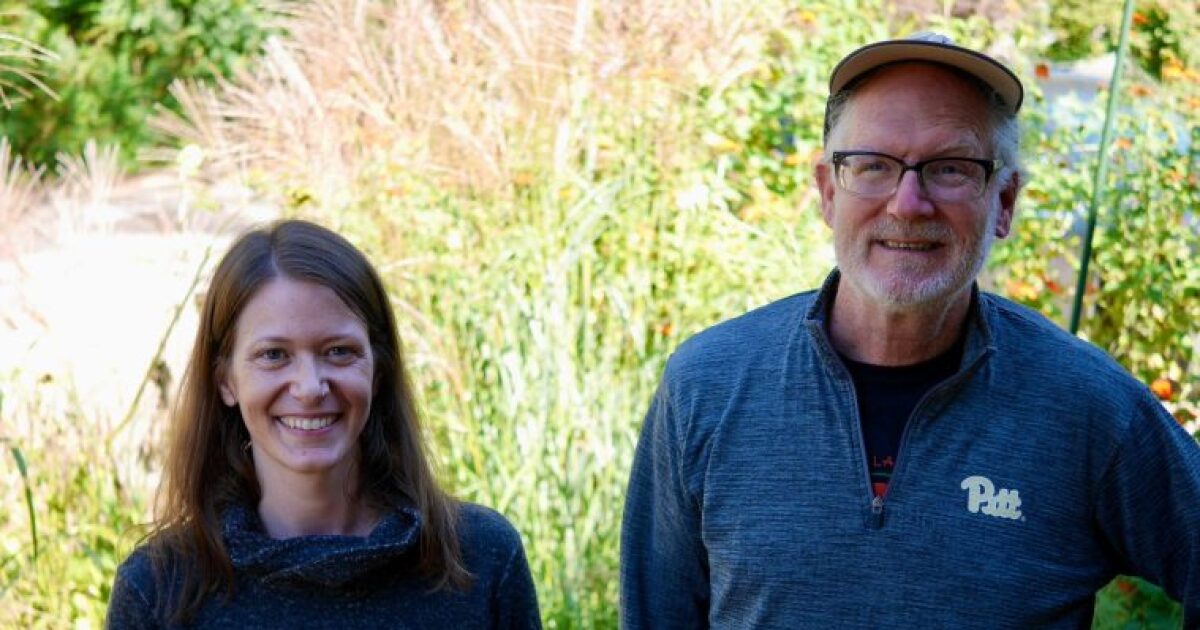 Don’t rake those leaves. A new group wants to help you make your garden wilder

Ed Wrenn, a doctor who lives in the East End of Pittsburgh, wanted to create a native plant garden in his home, but he couldn’t really find the plants he was looking for.

Wrenn said this is one of the reasons he co-founded the Western Pennsylvania Chapter of Wild: Native plants, natural landscapes. It is a membership organization with chapters in the eastern United States and the Midwest that advocates for landscaping and gardening practices that promote biodiversity.

â€œWe are working to create a demand for native plants and natural landscaping services so that they become more widely available,â€ Wrenn said. They want to change the public perspective on why they choose certain types of plants and what the alternatives are.

Wrenn said natural landscaping can be interpreted in a number of ways. It can be more polished, or more wild and fluid. But he said, for him there is an underlying philosophy. â€œWe should garden in a way that helps the Earth rather than harming it,â€ he said.

Lawns, Wrenn said, are the most destructive part of traditional landscaping, a concept promoted by author and entomologist Doug Tallamy.

“On the one hand, they are ironically sterile biologically, even though they may appear to be very alive,” he said. “In a lawn made of one or two species of grass, you really will never see any kind of insects.”

Tamara o’brien, the co-founder of the new chapter, who lives in the South Hills of Pittsburgh, has been replacing her lawn with a native garden and vegetable beds for 15 years. O’Brien’s house is in a suburb where many neighbors have chemically improved green lawns and neat rows of shrubs.

His vegetable beds and the colorful mishmash of plants in front of his house contrast.

“All this mass in the middle, there’s purple anise,” she said, pointing to one of her flower beds. “It’s beautiful and it’s covered in pollinators all summer, but throughout September and October, goldfinches eat the seeds.”

â€œMany of our vital pollinators overwinter cocooning themselves inside a withered leaf,â€ she said. “This leaf falls from the tree to the ground.”

If people don’t want leave the leaves where they fall, O’Brien suggests raking the leaves and placing them in a designated spot out of sight, thus preserving the life of the insects.

Wild One is also interested in public policies. Wrenn said they would like to see better regulation or a ban on some common pesticides. Selling popular but invasive plants in nurseries and greenhouses, such as Japanese barberry and Callused pear, is also a concern.

â€œWe’ve had issues for some of our members, for people across the country and in our closer communities where they’re being quoted with codes for having weeds in their backyard,â€ O’Brien said. â€œSo the policy has to change. “

The regional chapter grew to 55 members in just a few months. According to Wrenn, their most popular group activity is simply inviting other members to one of their allotment gardens to see how this type of landscaping is done.

â€œI think people think it’s too hard and you might have to weed all the time,â€ Wrenn said. “This is really not true because many of our native plants can take care of themselves and defeat weeds.”

O’Brien said his neighbors also seemed to enjoy the native herb and flower beds in his yard. â€œPeople stop and ask and I show them. I talk to them, “she said.” I share plants with them.

She even convinced her neighbor to stop spraying pesticides. “I explained that it will kill those butterflies that you have everywhere and the dragonflies in your pond. It does not discriminate.

Wrenn said they garden by example and their gardens are their best marketing tool.

“We’re trying to change the social and community perception of what good gardening is,” Wrenn said, “Without trying to be too much in people’s faces.”

For him, Wrenn said, gardening more naturally also means gardening happily. He’s delighted to observe the ever-changing number of pollinators visiting his native flower beds, and in particular the ruby-throated hummingbird that has appeared this year.

Read more about our partners, The Allegheny front.