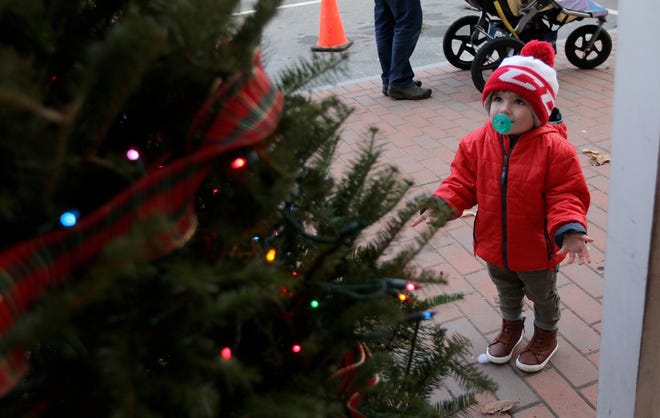 CHELMSFORD – The Town Common glowed with colorful lights on Sunday evening, and cheerful songs and cries filled the air as revelers large and small eagerly awaited an audience with Santa Claus.

The occasion was the prelude to the city’s festivals and tree-lighting, held on December 5, and returning in person after a virtual program last year.

The festivities are organized by the Holiday Decorating Committee, with the support of community groups, local businesses and many volunteers.

From near or far, observations of Santa Claus abound

Update: “This is the season – to do a lot of things

Among those queuing for a ride in the dragon horse carts were Matthew Mulrooney of Chelmsford, his son Adam, 6, and his daughter, Matilda, 4.

“We came to see Santa Claus,” Mulrooney said. “It’s the most important thing to do.”

Joanna Rojas, from Chelmsford, brought her sons CJ, 8, and Eliot, 6. “We come every year,” Rojas said.

The Chelmsford Community Band will hold a holiday concert on December 12 at 2 p.m. at McCarthy Middle School, 250 North Road, Chelmsford. The suggested donation is $ 10 for adults, $ 5 for children and the elderly.

Masks are mandatory inside the building. To learn more, visit chelmsfordcommunityband.com.

Receive updates and more – sign up for our newsletter here.