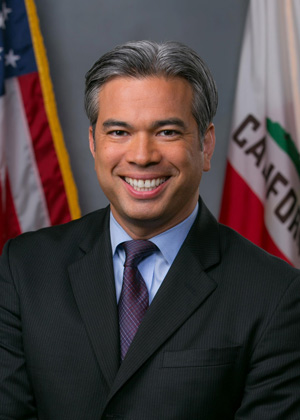 July 7, 2022 – OAKLAND – California Attorney General Rob Bonta today announced the filing of an amicus brief in support of the Cassirer family’s efforts to recover a painting stolen by the Nazis during the Holocaust. The Oil Painting – an 1897 work by French Impressionist Jacob Abraham Camille Pissarro titled Rue Saint-Honoré in the afternoon. Rain Effect — is currently on display at the Thyssen-Bornemisza Museum in Madrid, Spain. In the amicus curiae brief, the Attorney General emphasizes the state’s strong interest in helping Holocaust victims and their descendants seek justice and urges the United States Court of Appeals for the Ninth circuit to overturn a lower court decision that blocked the family’s lawsuit. seeking the return of painting.

“While nothing can undo the horrors suffered by the Cassirer family and millions of Jews during the Holocaust, simply restoring a family heirloom is the right thing to do – and legally valid,” said Attorney General Bonta. “Finders keepers can work on a playground, but it shouldn’t work in court. My office respectfully urges the Ninth Circuit to enforce our state’s laws and support a California family’s fight to recover a painting wrongfully stolen by the Nazis.

In 1939, Lilly Cassirer Neubauer and her husband sought to flee Nazi Germany in the face of increasing persecution. In order to obtain exit visas, they were forced to “sell” the painting in question to a Nazi art appraiser. Although they later received monetary compensation from the German government, the Cassirer family never waived their right to seek the restitution or return of the lost painting. Unbeknownst to the family, the painting was sold to a Beverly Hills dealer in 1951, then sold to a Missouri art dealer in 1952, resold to a Dutch-born Swiss baron in 1976, and finally purchased by the Kingdom of Spain in 1992. In 2000, a descendant of the Cassirer family who had moved to San Diego in 1980 discovered that the painting was on display at the Thyssen-Bornemisza Museum and promptly filed a petition with the Kingdom of Spain requesting its restitution. When the petition was denied, the family sued in California in 2005, asserting property claims under California law. Over the years, the case worked its way through the courts and was eventually returned to the Ninth Circuit by the United States Supreme Court on April 21, 2022 for further consideration. Under California law, victims of art theft have the right to pursue claims against museums in possession of stolen artwork for up to six years after discovery.

A copy of the amicus brief is available here.
Source: CA. DOJ