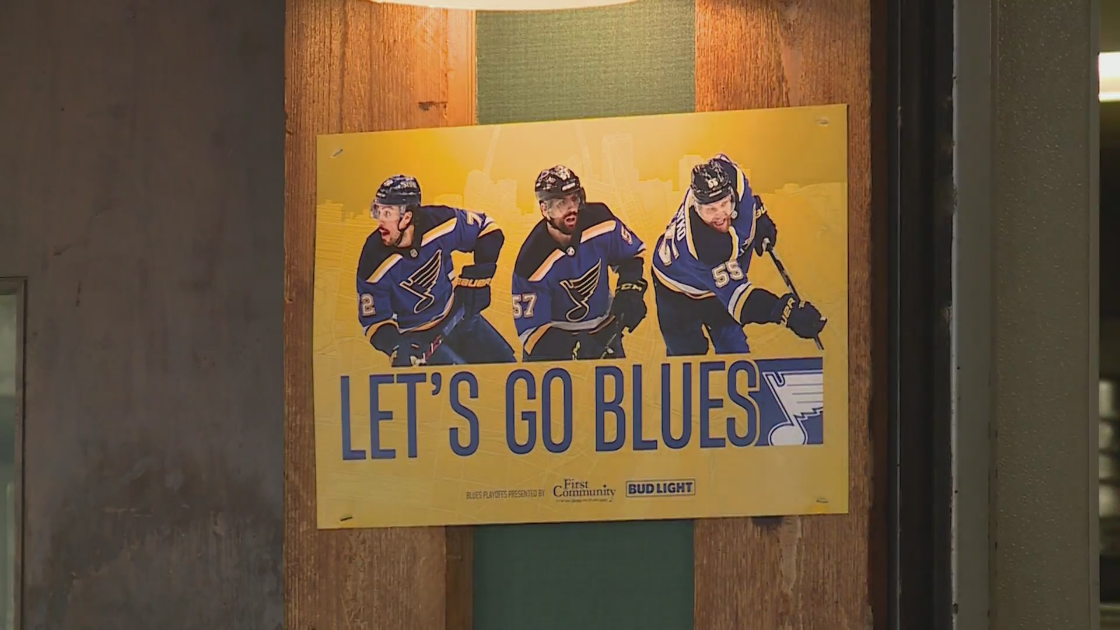 ST. LOUIS — The St. Louis Blues are hoping to tie their second-round series against the Colorado Avalanche at Enterprise Center Monday night, but they’ll have to find a way to win after what many are calling a dirty play that sidelined starting goaltender Jordan Binington.

“It’s a Euro, it’s a low blow (artist), you know? He’s one of those guys. He’s an ankle biter,” said John Leuchtmann.

The Blues fan says the team needs to send a message after Colorado’s Nazem Kadri and Calle Rosen collided with the keeper.

“The guy who does it dirty is going to have to get it back. You know, we have to give it back,” Leuchtmann said.

“I think the whole team needs to pick themselves up. It’s hockey, you know; finish your checks, cross-checks, you know? It’s a two-way street, you know? You have to play on both sides of the ice,” Leuchtmann said.

Binnington left with 6:45 left in the first period. Cameron Snively worked in a crowded Maggie O’Briens and, like Leuchtmann, didn’t like what he saw.

“It wasn’t, you know, the prettiest. Hopefully we can get back to them on Monday and give them some good,” Snively said.

Leuchtmann believes head coach Craig Berube will have the team ready to respond in Game 4.

“He’s a good coach, he’s a good motivator. I mean, he’s as a player. He’s played every aspect of the game, so the players really look up to him. I’m sure he has a plan, but I guarantee they’re going to have to step up the pressure,” Leutchmann said.

Search for missing Afghan refugee, 3, who vanished from playground in Texas called off