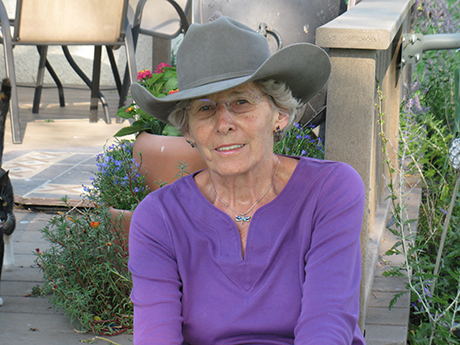 Wilhelm Ludwig Merz came to the Sandhills of Nebraska in the mid-1880s and put down his roots deep just south of Swan Lake in southern Cherry County. Legend has it that he and his neighbor spent that first winter in a dugout and the weather was such that at one point they brought a horse and a cow into the dugout with them. Lesser men would have left, but the two chose to stay, and a few years later my grandfather took a claim on the eastern shore of this lake. Their descendants are also stayers; great-grandchildren now operate these three ranches.

In 1916, Billy Merz built a huge barn for his teams and an impressive house for his growing family. Mr. Merz was “Billy” to his neighbors and Grandfather Merz to my generation. I have vague memories of his wife, who was then disabled, but Billy lived in the big house with his son’s family until I was almost an adult. My parents were close friends of the Merz brothers and their wives; their kids were my first playmates, and because of the hours of fun we had there, I’ve been known to say I grew up in Billy’s barn.

The barn is built on a side hill, so the hayloft is at ground level and large enough for a team to drive in and out of when the hay needed to be unloaded. Later tractors and machinery were parked inside, but there was still room for a large pile of loose hay at one end, which was our playground. The lower half had stalls for eleven crews and running water from a cistern on the hill. We played there occasionally, but when someone said, “Let’s go to the barn,” we meant the hayloft.

The teams are gone now and the big three-story house has been replaced with a modern ranch style, but we’ll still play in the barn once in a while. As a child, I heard of certain dances that took place at the Merz Barn in the beginning, but we all learned to dance in the Seneca Auditorium. Unfortunately, these public dances have been replaced by a myriad of school-related activities and other entertainment, and many young people today have never learned to dance at all, but times are changing, as the times usually do.

The Merz family brought back the traditional barn dances. Over the past decade, many birthdays, Christmas parties and more have been celebrated here with potlucks and dances. Labor Day weekend was another such occasion. Tracy Merz, who operates the place now, along with her mother, invited the community for a “drought dance.”

It was a birthday celebration for his mother, but also a reminder that our ancestors held firm during difficult times and so did we. We all needed solace, an excuse for a party, and the conclusion to a less than prolific hay season. A chance to breathe deeply and decide how to proceed now, in the midst of ever-changing times. To watch the little ones dance with their parents, the teenagers teaching middle school students the steps and the person whose birthday it is being the belle of the ball.

Once upon a time, Billy built a barn; mainly on faith and determination. The faith in himself and his neighbors, and that he and his family would somehow hang on in a country that is not always easy for its people, and the determination to do what needed to leave a legacy. Faith and determination were his path to success, and we have an obligation to pass it on.