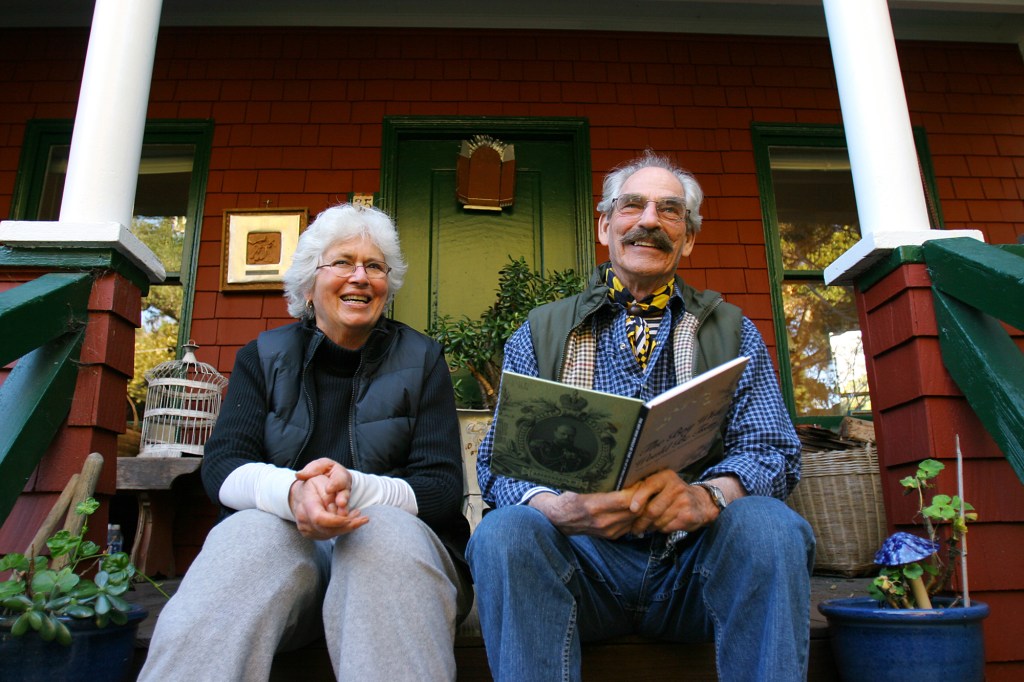 Andrew Romanoff, a Russian prince who relinquished his royal title and made new life in the United States as a carpenter, entrepreneur and folk artist, died Nov. 28 at an assisted living facility in San Anselmo after a long illness. He was 98 years old.

Mr Romanoff, who would have turned 99 in January, was the grandnephew of Russia’s last Czar, Nicholas II, who was executed in 1918 with his wife and children.

The rest of the Tsar’s family, including Mr. Romanoff’s grandmother and father, were rescued from Russia by British King George V, who brought them by boat to England.

Mr. Romanoff, third child and youngest son of Prince Andrei Alexandrovich and Princess Elizabeth Fabricievna, was born in London in 1923. His godfather was the future King Edward VIII. The Romanoffs lived at Frogmore Cottage on the grounds of Windsor Castle, where Mr. Romanoff had an idyllic childhood.

In his 2007 autobiography, â€œThe Boy Who Wanted to Be a Tsar: The Art of Prince Andrew Romanoff,â€ he painted a lovely picture of his childhood surroundings.

But it was also a confusing, oddly insular way for a young man to grow up.

â€œIt was a strange atmosphere,â€ he recalls in a 2007 interview with the Independent Journal. “I didn’t know who the hell I was.”

In 1940, when he was 16 and in school, his mother was killed when a Nazi bomb exploded near his family’s home. She was crushed when a beam from the ceiling fell on her.

In his book, Mr. Romanoff included a picture titled â€œMy Mother’s Death,â€ showing him praying over his coffin.

The book was illustrated with its whimsical folk art, miniature drawings made in a holder originally designed as a children’s toy called “Shrinky Dinks,” plastic sheets that shrink when baked.

Trained at the Imperial Military Service College, Mr. Romanoff served in the British Navy during World War II and participated in the D-Day invasion. After the war, he worked briefly on a farm in Kent, England. , before embarking for the United States in 1949.

An American citizen since 1956, he relinquished his royal title, His Serene Highness, when he came to the United States.

In 1951, he married Elena Konstantinovna Dourneva in San Francisco. They had a son, Alex, before divorcing in 1959.

He had two more sons with the former Kathleen Norris, whom he married in 1961. Six years after their marriage, when she was 33, she died suddenly of a virulent flu, leaving Mr. Romanoff widowed and single father.

In 1970, at the height of the hippie homecoming movement, Mr. Romanoff moved to the rural West County of Marin and settled in Inverness to work as a carpenter, building houses with a Russian cousin.

He also started a business, Brass Menagerie, which made jewelry and other items.

“People are engrossed in the absurd nature of her story, the arc of her life,” said Griff Williams, an old friend and art gallery owner who encouraged Mr. Romanoff to write his autobiography and publish it. . “It’s an incredible story.”

A former gymnast, Mr. Romanoff was fit and slender with a sleek mustache and wavy hair that turned silver as he grew older. He cut a regal figure even in his usual blue jeans and black leather waistcoat, an ubiquitous scarf worn dashingly around his neck.

Modest to the point of appearing shy, he spoke with an indistinguishable accent that came from his childhood in London, speaking only Russian at home, then moved to one of America’s hippest outposts.

â€œWe have royalty in our neighborhood, but he by no means acts like a king,â€ Steve Costa, former owner of Point Reyes Books, once said of Mr. Romanoff. â€œAndrew is such a down to earth guy. He has this presence in him which is quite wonderful.

For many decades he lived with his wife, artist Inez Storer, in a former Inverness hotel, a 1906 Victorian with 14 bedrooms, large enough to accommodate their blended brood of six children: two of his sons and four of her young children from a previous marriage to former Marin County Supervisor Tom Storer.

His stepdaughter, Elena Storer, remembered him as a gentle, soothing spirit in a busy, bustling home.

â€œHe was a beautiful presence,â€ she recalls.

An expert mushroom hunter, Mr. Romanoff loved taking his sons early in the morning to his favorite places to find the coveted chanterelles which are a local specialty. He kept his mushroom trail map a closely guarded secret.

An avid hiker, he spent many hours raking the beaches of Point Reyes, finding Native American artifacts – since donated to Point Reyes National Seashore – and building castles with driftwood and sand.

“He would build these fantastic structures on the beach, and by the end of the afternoon there would be a flag and a fire pit,” recalls his son Peter. “It was like magic.”

He is also survived by a half-sister, Olga Romanov of Kent, England, and three grandchildren, Mathew Nitzberg of Brooklyn, New York, Sam Nitzberg of Santa Cruz and Natasha Romanoff of San Rafael.

Pediatricians are asked to prescribe physical activity for children with disabilities