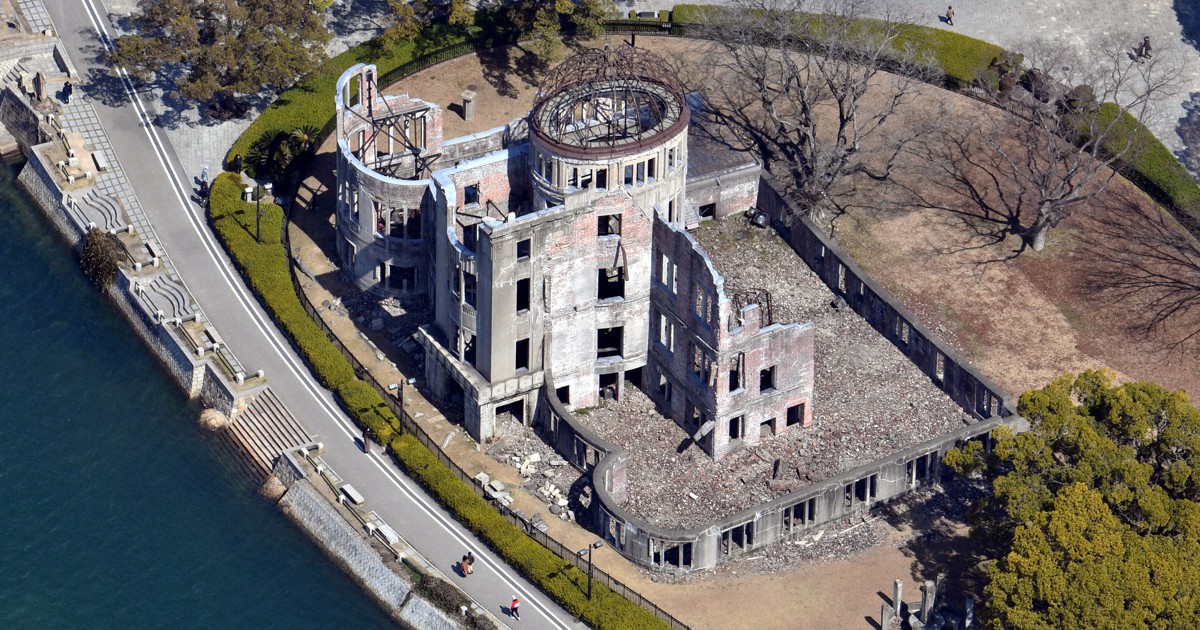 Aging hibakusha groups face a difficult decision: disband or hand over activities to the 2nd generation.

The prefectural groups of the Japanese Confederation of A-Bomb and H-Bomb Victim Organizations (Nihon Hidankyo) are currently at a crossroads, debating whether to hand over to those who did not directly experience the atomic bombing, or see organizations dissolve.

Second-generation atomic bomb survivors currently lead five of the 39 prefectural organizations under Nihon Hidankyo, while eight prefectural groups have already disbanded due to aging members and other reasons, it was revealed in a Mainichi Shimbun survey conducted before the 77th birthday. of the atomic bombing of Hiroshima.

Nihon Hidankyo is the only national organization led by hibakusha, or A-bomb survivors, who engage in efforts to support and advise other hibakusha while calling for the abolition of nuclear weapons. The group was formed in 1956, in response to growing anti-nuclear movements following the 1954 US hydrogen bomb test on Bikini Atoll in the Marshall Islands, which exposed the tuna boat Daigo Fukuryu Maru to radiation. Organizations have been established in all 47 prefectures of Japan.

A survey by Mainichi Shimbun in July and August revealed that second-generation hibakusha led prefectural groups in Yamanashi, Toyama, Shimane, Kochi, and Kumamoto prefectures. The leadership change began with Yamanashi in 2015, followed by Toyama in 2018 and Kumamoto in 2019. Second-generation hibakusha became the group leaders in Shimane and Kochi in 2022. Meanwhile, groups in all eight prefectures of Yamagata, Tochigi, Ishikawa, Shiga, Nara, Wakayama, Tokushima, and Miyagi disbanded.

Regional Nihon Hidankyo groups are responsible for a variety of tasks, including supporting individuals to obtain atomic bomb survivor certificates, offering health and life counseling, and conducting ceremonies commemoration and exhibits on the A-bomb as well as gatherings where survivors share their memories.

There are also groups considering placing second-generation hibakusha in their leadership positions, including Oita, who responded that they have no other successors, and Chiba, who are apparently preparing for a change in leadership. .

On the other hand, there are also groups that are cautious about a change in leadership. Sadao Mogi, 88, acting president of the Ibaraki Group, said, “This group was started to share the pain and sadness among the hibakusha, so I think it will end once the survivors leave. I don’t want to burden the second and third generations.”

Kazuyuki Tamura, Professor Emeritus at Hiroshima University, said, “It works as an option for second-generation hibakusha to engage in activities while making claims and demands on behalf of the hibakusha themselves. . However, it is possible for the characters of the groups to change if their leaders change. It may be necessary to discuss their direction under the new system.

Stronger Families and a Brighter Future – The Durango Herald