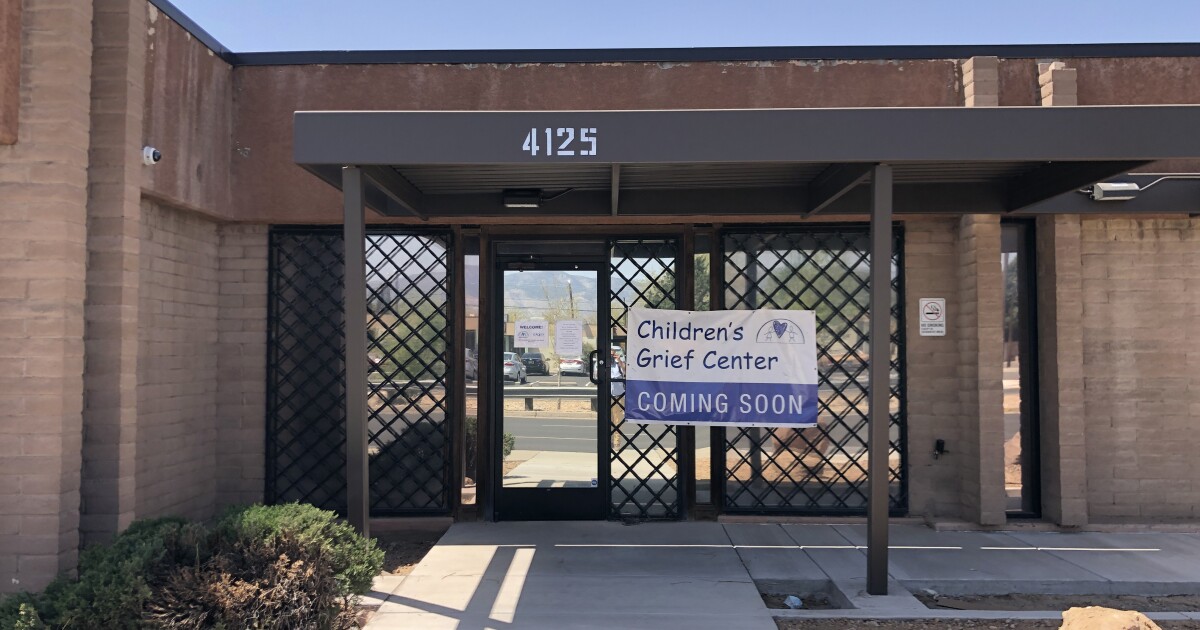 Amid the pandemic, record homicides in the state’s largest city and increase in overdosesthose coping with the death of a loved one in New Mexico will soon have access to a new holistic grief support space as the 20-year-old Bereavement center for children changes its name, builds a new space and welcomes partner organizations to move in.

Diana Lamb had lost her husband, Tony, just a year before she and her two young sons moved across the country to Albuquerque in 2009. One of the boys’ new school counselors referred the family to the Children’s Grief Center.

Lamb said his children were able to play and talk about their father with other grieving children, which was normalizing. And she was able to build a community in a new town with people who understood the loss she was experiencing.

“When you go through that, you just don’t think you’re going to experience those highs in your life again,” she said. “And so to be able to do that – and smile again and laugh or cry with friends – is huge.”

Beyond support groups, Lamb said the center provided a weekly meal for her family, which was one less thing to worry about. They championed the cause of her son with special needs through her residential treatment program, and other participants even helped her deal with a need for health insurance that was causing additional stress.

“It was just always a place where you knew you could reach out and they would help you any way they could,” she said.

Lamb is now volunteering for a committee advising on the center’s renovation of over 12,000 square feet of space at 4125 Carlisle Blvd NE.

“[We’re] trying to turn this building into a warm, cozy, but also fun and inviting place for children and adults,” she said.

The Children’s Grief Center is now just the Grief Center after merging with the adult-serving Grief Resource Center in 2019. Executive Director Jade Richardson Bock said the now partially completed space is part of a five-year plan .

“So all of these offices are for rent to providers of different wellness practices,” she said, pointing to several rooms in a hallway during a recent tour.

“It can be mental health or physical health, but willing to serve a bereaved population in what we call a ‘grief-informed’ way,” she said, “which means you don’t don’t pathologize the grief or say something like ‘it’s been six months you should be better now.

what they call the Center for Hope and Healing will not only house their organization, but will also provide a continuum of bereavement services on one site.

“To my knowledge, this is the first center of its kind in the country,” said Richardson Bock.

She plans to rent space to providers associated with bereavement — like mental health therapists — but also some who might be more surprising, like nutritionists, acupuncturists and massage therapists.

“Grieving is a full bodily experience,” she said. “So it helps to have all these different ways of approaching this. And we’re going to be able to offer all of these things – as a community effort, it’s not just us.

The space will also include large and small meeting rooms, an outdoor play area, a library, a wall for photos of those who have passed, and even a fake hospital room. Richardson Bock described the space as “completely the same as an intensive care room, except it’s for playing”.

“It’s to tell stories and have experiences about what it was like to say goodbye to your loved one in the hospital,” she said. “Or what you would have liked to say.”

Richardson Bock said the Grievance Center, which does not charge for its services, has raised more than $2 million for the renovation, mostly from individuals. The project is also supported by a $150,000 grant from Bernalillo County. Richardson Bock said the center is working to raise the final $232,000 needed for the renovation and recruit new volunteers to meet a soon higher capacity.

They are also always looking to find tenants, like the Resource Center for Victims of Violent Death, who was the first to sign. The organization primarily serves the families of homicide victims, helping them make informed decisions and defending them when interacting with law enforcement and the courts.

She said she hopes adding a second location to the Center for Hope and Healing will increase her organization’s visibility and accessibility.

“For families where the kids are hurting, they can’t come here for one group, go here for their kids, go here for another group,” she said. “So it’s a way to make it easier for them to access their services in one place.

Bereavement Center volunteer and former participant Diana Lamb said there was a need for holistic bereavement support that will emerge on the site as more services join.

“It’s a niche that we don’t fill enough at a very tumultuous time in people’s lives,” she said.

The Grievance Center plans to begin running its own programming in the space on September 1, but is ready for tenants to move into the now-completed portion of the building this month.