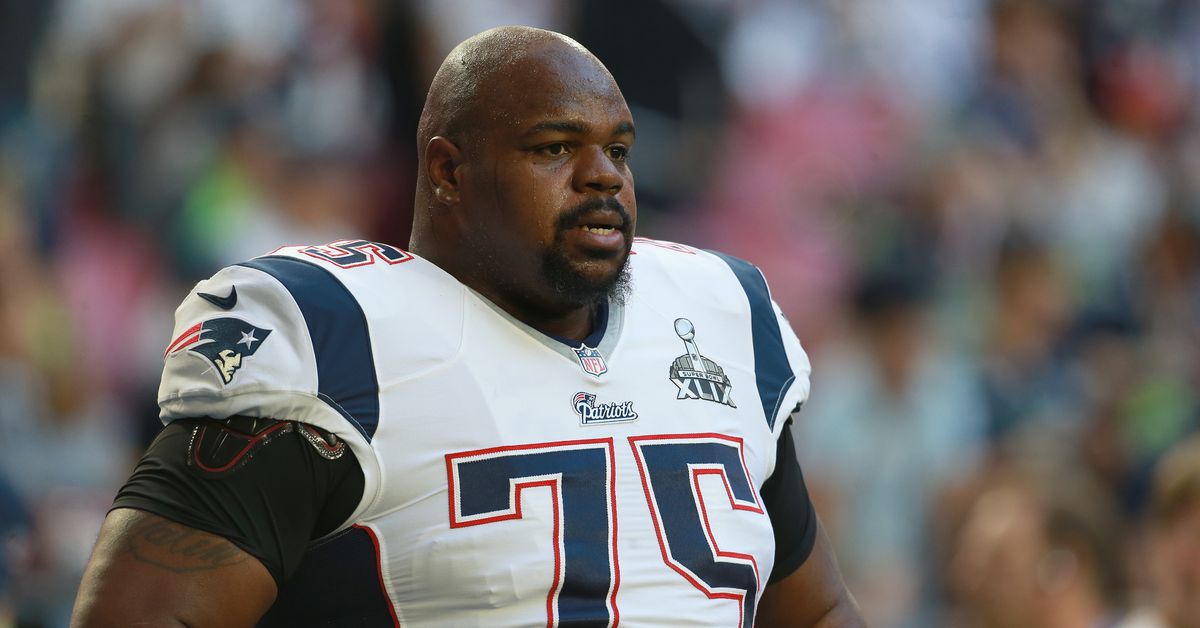 After first revealing the list of 122 Modern Era nominees in September, the Pro Football Hall of Fame has now narrowed that group down to 26 semi-finalists. In January, it will be further reduced to 15 finalists before a group of four to eight shrines – the number is not fixed – are voted on before Super Bowl 56 in February.

Among those who cleared the second hurdle to reach the semi-finals are five men who at one point signed a deal with the New England Patriots. This represents 19.2% of the semi-finalists, against 15.6% in the first round. While not all of them have appeared in a game for the club, they’re still worth a closer look.

Let’s meet up with the former Patriots who made the Hall of Fame semi-finalist list this year:

* off season member only

While Torry Holt and Reggie Wayne all signed deals with the Patriots at some point to attend training camp, they would not enter the Hall of Fame primarily associated with the team: neither of them did. ‘even played a single off-season football match for the organization. The same cannot be said of the other three semi-finalists linked to New England: Richard Seymour, Fred Taylor and Vince Wilfork.

Richard Seymour spent the first eight seasons of his 12-year career in New England and appeared in 126 franchise games before being traded to the Oakland Raiders in 2009. He was instrumental in the first three. New England Super Bowl. winning races, was voted seven Pro Bowls and named to the 2000s NFL squad. He is also a member of the 2000s Patriots squad, 50th Anniversary squad, and Hall of Fame . Seymour has been a Pro Football Hall of Fame finalist for the past three years.

Fred Taylor joined the Patriots in 2009 after spending the first 11 seasons of his career with the Jacksonville Jaguars. He has appeared in 14 combined games for the club, carrying football 108 times for 425 yards and four touchdowns. This production, of course, is not why he is a Hall of Fame semi-finalist in his third year of eligibility: even before arriving in New England, he had already joined the racing club. 10,000 yards from the NFL.

Vince Wilfork was selected by the Patriots in the first round of the 2004 draft and then spent 11 seasons with the team. One of the best defensive tackles of his day, he appeared in 179 combined regular season and playoff games for New England and won two Super Bowl rings. A five-time Pro Bowler and a member of the 2000s and 2010s Patriots teams, as well as the 50th Anniversary team, Wilfork ended his career with the Houston Texans. He reached the semi-finals in his first year of Hall of Fame eligibility.

Former Patriots who advance to the semi-finals will face stiff competition on their way to the Hall of Fame. That said, the group isn’t as impressive overall as it was last year – a group that included three foolproof locks to Peyton Manning, Calvin Johnson and Charles Woodson. While all of this year’s semi-finalists are certainly worthy of Hall of Fame recognition, the door could be a little more open for people like Seymour and his company this time around.

The patriots who failed to make the cut

* off season member only

With only five former Patriots remaining, 14 of the original 19 nominees have now been eliminated – a group that includes many franchise legends as well as players who should also be given serious consideration by the Hall of Fame in the years to come. . While players such as Troy Brown, Tedy Bruschi and Willie McGinest may ultimately be a long way off, Logan Mankins and Wes Welker, for example, are expected to remain on the nominee list for years to come.

The same goes for Rodney Harrison. A semi-finalist last year, the two-time Super Bowl winner and Patriots Hall of Fame member didn’t reach that point this year. Considering his contributions to the New England Dynasty on and off the field, the fact that he was left off the list can be seen as a major surprise.